Benjamin Pakulski aka Ben Pakulski is a renowned name in bodybuilding, fitness, and workout industry across the globe. Nicknamed the Pak-Man by his friends and followers, Ben ranks among the top 15 bodybuilders of the world and is an inspiration to the muscle building and fitness enthusiasts across the globe. 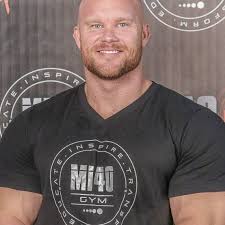 Ben developed an interest in nutrition and fitness training from a very early age. He had always been an athletic kid, who was more inclined towards sports than studies. However, his passion for sports did not affect his academics; in fact, he started reading about nutrition and vegetarianism, after his school hours. Inspired by the idea, he began practicing vegetarianism nutrition at the age of 12 and continued for around two years. The impact on his body, fitness, and stamina only fueled his interest further, and by the age of 15, he had already started weightlifting at Mack’s Gym, in Toronto.

He had the energy, the zeal, and the stamina, but soon figured out that he lagged what they call as the ‘ideal bodybuilding genetics.’ However, this did not stop him from pursuing his passion, instead, fueled his motivation to take the harder path to have his work cut out for him. Realizing his interest, his father introduced him to Tom Hall, an IFBB recognized pro trainer, who helped him refine his bodybuilding techniques and devised the right biochemical approach to lifting and workout.

The consistent and zealous efforts paid off, leading Ben to land his first advertising contract with Muscletech, with the constant guidance of his trainer Tom Hall, at the age of 18. This proved to be the kickstart he needed at just the right time, and only paved his pay to the fame, achievements, and glory that he has achieved so far.

Growing up, Pakulski was inspired by Dorian Yates and Lee Priests and was fortunate to have been coached by Charles Glass and Charles Poliquin – two of the highly acclaimed maestros of the bodybuilding world. Pakulski aligned his passion with his academic pursuits completed his BS with majors in Kinesiology from the University of Western Ontario. This has given him an edge over his contemporaries, making his name “synonymous with an intelligent and healthy approach to bodybuilding,” as he claims on his official website.

Ben follows an extreme, high-intensity regular training regime that many of his critics view as crazy. However, his efforts, passion and the commitment to work reflects through his build and is precisely what makes him stand apart from the rest of his contemporaries. His specialty muscle intelligence program MI40 has gained immense popularity among people looking to achieve their desired body.

He emphasizes the significance of tension. According to him, mere lifting or doing random workouts won’t produce the tension required to build muscles in the right places. He recommends a regular average 1 minute under pressure and increasing this time gradually to allow your body to grow more muscles.

In addition to that, he also focuses on understanding every single muscle, their position as well as movements. This allows you to figure out the amount of tension different muscles can take and the resultant muscle growth you are likely to achieve.

Intensity, frequency, span, amount of rep, intervals, rep sets, set extensions, time under tension, complete range of motion – these are some of the core variables of a bodybuilding regime and Ben encourages enthusiasts to try and experiment with different variations of these variables to deduce a specialized workout plan that’s tailor-made for your body.

Ben aka The Pak Man is also known as the ‘King of Calves’ and is acclaimed to have the ‘freakiest’ claves in the world. Boasting every single muscle pulled, trained and sculpted in perfect shape, his calves are indeed a sight to behold and have made the judging panel in contest go awestruck. His exercise regime for calves is a regular, short-spanned, intense bodybuilding inspired workout that sends some good gushes of blood and energy to your lower torso and stimulates your leg muscles.

The regular session starts off with some good leg press calf raises to warm up your muscles. Once you have pulled off 10 sets, each with 10 reps and with 10 seconds resting interval between the sets, you can switch to seated calf raise and hit the first 20 reps, then 25 reps, then 30 reps, while resting 20 seconds in between each set of reps. Next he does standing calf raises on the machine. This is a traditional muscle building exercise involving a high-intensity, full-range motion.

For beginners, he recommends having a trainer by your side, especially while doing the calf work since calves are a sensitive yet essential part of bodybuilding and one wrong move, a few extra pulls, or too much stretch may cause your muscles to cramp and wear out. Moreover, since it is a high-intensity workout, you might not be able to finish off the exercise on your own, unless you have someone the required reps out of you.

Chest training is an essential part of Ben Pakulski’s regular exercise and workout regime. However, when he is aiming for a contest, he seeks to avoid cardio exercise and focuses more on lifting. This way, he keeps his metabolism stimulated for other special workouts designed for the competition. Ben believes that there’s no one exercise or a single approach to building a massive, sculpted chest. You need to try and experiment with different angles and exercises and keep adding the ones that work to your back and chest routine. This, according to Ben, provides a 360-degree coverage to your chest, back, and shoulders, and stimulate break plateaus, muscles, breadth, and growth.

If you only focus on working flat or working in only one or two different planes, you won’t be able to attain maximum chest development. When you have understood the angles that work (and that don’t), you will be able to track and control your chest development in a better way. Ben encourages people to carry out calculated experimentation, especially while taking on to upper shoulder angles. The inclines chest presses will initially hit the front delts; however, it will also activate your upper chest fibers.

When using dumbbells, Ben recommends starting with a set of flat bench, and gradually moving the bench up a notch, while completing the respective set. His preferred angles include beginning flat and moving over 30, 45, 60, 90 degree angles. At 90 degrees, Ben advises to lock down your core, and press vertically, and using lighter weights initially.

For back training, Ben focuses on attacking the rear angles by working on your weakest edge and point of grip – a straight up overhead position with overhand grip for most people. To hit your shoulder muscles, Ben suggests to sit up straight, contract your abs and reaching out to your back while taking an intended pull down at 90 degrees. After you have made it to that angle, you can sit back leaning and working on all muscular angles.

According to Ben, the key to great chest, back and shoulders lie in variation. Expand your range, leave no angle untouched and you should be able to achieve your desired chest and back goals.

Ben Pakulski has always been a nutrition enthusiast and credits nutrition as a crucial component of his fitness and workout regime. He is of the view that it takes a right and carefully picked, planned and prepared diet, coupled with exercise and extreme workout, to make a professional bodybuilder – and, that there is no way you can achieve your fitness goals if you factor out nutrition from the equation.

He has been focused on nutrition right from the start, and after a lot of experimentation and research, has been able to formulate a custom and specialized diet plan that’s simple, feasible and circumscribes all of his nutritional needs. His focus on choosing the right macronutrients and micronutrients through a combination of fats, proteins, and carbohydrates while devising a custom diet regime for himself or his trainees.

He prefers his meals rich in fats and proteins and low on carbohydrates – and makes sure they are full of nutrients required to carry out vital body functions and regulate his insulin sensitivity. He likes to experiment and tweaks his meals frequently depending upon his exercise routine. When he trains more than routine, he makes it a point to consume more proteins and calories for the next few days. On the days when he’s maintaining a not-so-intense workout pattern, he reduced his caloric intake.

Ben loves seafood and lean meat including chicken, turkey, and beef. All of his meals are planned to complement his exercise and workout routine, allowing him to achieve his desired health and fitness goals.

Olympia 2012 was a major contest Ben had set his eyes on and focused all of his efforts on making sure he performed his best in the competition. He consulted with his trainers and formulated a special daily diet plan that he started following 5 weeks ahead of the Mr. Olympia competition. The diet plan was comprised of various meals containing all of the nutrient groups and strategically distributed over a scheduled time routine.

More training after the meal, depending on whether he trains more than once a day.

Ben Pakulski’s signature muscle intelligence programs named MI40 has taken the industry by storm, and a lot of beginner bodybuilding enthusiasts are seeking to follow it to achieve their desired fitness and body goals. MI40 is a series of complete and complete workout programs. The first edition of the program was titled MI40 foundation and due to the popularity it gained, was followed by MI40 Nation and MI40x.

MI40 Extreme or MI40x is the latest edition of MI40 series that is primarily based on Ben’s signature and patented Cell Expansion Protocol (CEP). It has been specifically made for individuals who are looking for a tried-and-tested approach to shredding and cutting excess body fats, growing more muscle mass, and toning the body into a strong and robust shape. So whether you are a beginner, or have been working out for some time, this program will prove to be equally beneficial for all ages and at all levels.

The MI40x pack comes with some valuable add-ons such as a nutrition calculator and an all-access 100% exclusive trial membership on MI40 official website. The program is offered with a 100% money back guarantee for 60 days just in case you are not satisfied with the results. This makes MI40x an ultimate win-win bet for you.

Over the course of his career, Ben Pakulski has managed to bag numerous titles to his claim. His profile boasts several accomplishments that reflect his caliber and mastery as one of the top muscle masters and bodybuilders of the world.

Ben Pakulski is engaged to Amanda Vassalo and has a son and a daughter with her. Amanda shares Ben’s passion for fitness and is currently pursuing his Master’s degree in Holistic Nutrition. Ben Pakulski currently lives in Tampa, Florida, with Amanda and their two beautiful kids. He has been mentoring people through seminars and training sessions on nutrition, exercises and workouts. He is also working on his debut book on bodybuilding and nutrition which is expected to be published soon.

Ben Pakulski, aka The Pak Man, aka the unrivaled King of Calves has managed to earn an inspiring stature and reputation in the world of bodybuilding. The credit for his success goes to his passion and commitment and his unique approach that combines theoretical knowledge of nutrition and bodybuilding with practical techniques and strategies. He has been mentoring people by imparting his years of hands-on learning and experiences.

For beginners, enthusiasts and aspiring bodybuilders, he emphasizes the significance of experimentation and trial and error learning rather than following a cookie-cutter technique and has launched his signature series of muscle intelligence programs that have created quite a buzz in the bodybuilding industry.