Over the past few years, there have been more class action lawsuits filed in the nutritional industry than ever before. Still, few understand exactly what a a class action actually is. Class actions are complicated legal matters; as a practical consideration, we’re only concerned with how they have functioned in the simplest of terms, and in the dietary supplement industry.

For our purposes here, a class is a group of people who have something in common – they are plaintiffs, and they have been wronged by the defendant(s). The people in a class are usually represented by at least one lead (or named) plaintiff.

So when you see a class action was filed against a company for amino spiking, and there’s a plaintiff’s name on it, that person is not suing the company alone, but rather is a person who has stepped forward to represent everyone in the same situation (in that case, everyone who purchased amino spiked protein). In addition, a given court must have jurisdiction to hear the case (usually this means having a lead (or named) plaintiff attached to the state).

Therefore, a class action requires that an entire class of people is affected and therefore represented in the lawsuit. This is called numerosity, and it simply means that there are enough people theoretically in the class. Next, it must have commonality – This means there is a legal question being raised that is the same for the entire group- (i.e. consumer fraud or false advertising or whatever). Next, typicality must be addressed – the same issue needs to be at stake for everyone (i.e. “we all bought Creatine X because the advertisements said it produces more muscle than monohydrate”). And finally, adequacy must be satisfied – the lead or named plaintiff must fairly represent the entire class.

That’s the “class” in class action, and it can be all independant contractors of a certain company or all of the people who purchased a certain product. The Herbalife MLM class action lawsuit is an example of independent contractors being represented against the company they performed services for, while the Progenex class action lawsuit is an example of consumers being represented. Almost any class of people, if they meet the requirements, can file an action. Again, simplifying things a bit, for the action to be a federal case, anticipated damages need to be at least $5MM, and involve class members of multiple states (in simplest terms).

The whole idea is that maybe you bought some protein powder, and on the bag (and/or the website you purchased it from), there were claims of added BCAAs and growth factors, but in reality there were none in the product. It’s impractical to imagine that a consumer would pay a law firm to get their $70 back (and file a lawsuit that costs exponentially more than the cost of the bag). However, if thousands of people each bought a bag, and they were all represented in the same lawsuit, then the total payout could be much higher, while the individual cost would be much lower.

So basically, a class is a group of people who have the same actionable problem, and there’s enough of them to make individual lawsuits impractical.

In a class action, Lawyers are paid at the end of the lawsuit, as part of the judgment or settlement. This is also when the class gets their money back (sometimes this requires a receipt, sometimes it doesn’t). At this point, the lead plaintiff or plaintiffs will usually be paid an additional sum, for their work and role in helping bring the action to court.

Often, a settlement will not only involve a payment, but the company will agree to stop the offending behavior, and even require corrective advertising. This means if a case were settled (or won) against amino spiking, the company involved could be required to now claim that their product doesn’t (or didn’t) contain 100% protein, to stop amino spiking, and would likely need to reimburse consumers for a portion of their purchase price . The final resolution to the case will also bind the class from bringing another lawsuit to court – so if you got ripped off by this company, you’re going to be entitled to get some money back, but you can’t file another class action for the same thing. In other words, the settlement actually settles for the whole class.

However, and remembering that I’m not a lawyer, with class actions, the biggest payoff for the average consumer is their ability to change an industry. In the past, they haven’t received much attention, and I literally still see ingredients on the market that have been roundly discredited by science and subsequently trashed in class actions. But because those lawsuits haven’t entered into the public consciousness, consumers still purchase them.

Contrast this with amino spiking, which regardless of the outcome in these lawsuits, has gained substantial media attention, and become a buzzword for the average consumer. Nobody is going to buy amino spiked products any longer, and the companies who were caught have suffered tremendous damage to their brand (both in legal fees and erosion of good will). So regardless of the outcome, class actions can change the face of an entire industry. 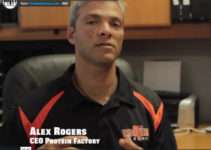 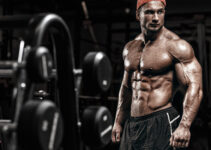