I’ve taken a great deal of flack in the press for pulling Jeremy Piven from David Mamet’s Broadway smash play “Speed the Plow.” Piven is best known for his role in the popular HBO show “Entourage” as the explosive, smarmy and ever-antagonistic super agent Ari Gold. With the blessing of my patient, here’s the ‘full story scoop,’ straight from the Doc, exclusively for my MD readers:

Piven was under my care for symptoms of extreme fatigue and difficulty concentrating, among other conditions. In September, after some cursory blood work revealed very little, I tested him for heavy metals. Piven had a potentially toxic level of mercury in his system. The actual blood value of 57mcg/L was tested and verified by Quest Diagnostics. To put it in perspective, the upper limit tolerable in the respective reference range is no more than 10mcg/L. So he came in at almost six times the allowable range. This level was so high that it actually exceeded the highest level I’ve seen in the last decade of practice. It shocked my colleagues. You really have to practically run a toxicology lab to see higher levels, and in those instances they are usually some type of acute occupational exposure. But suffice it to say that once you get into the upper 50s, things can get serious. Psychological symptoms at this stage can go beyond simple fatigue and rapidly progress to conditions of irritability, restlessness, anxiety and nervousness, vertigo, memory loss and difficulty breathing. If coupled with a lack of adequate rest, things can progress to depression and even suicidal tendencies. Manifestations of physical symptoms can begin with bleeding gums and progress to chronic diarrhea/constipation, headaches, abnormal heart rhythm, glaucoma, high blood pressure, renal insufficiency and even heart attack.

With no other source apparent, the etiology of his blood mercury was most probably due to his penchant for consuming large volumes of sushi twice each day for many years. As a daily fixture of Nobu in Malibu, this should come as no surprise. Piven was also taking some exotic Chinese herbs for general health purposes and this may have contributed to his condition, but I was never able to confirm my suspicions. In an effort to accommodate Piven’s persistent desire to keep working in his Broadway play, my instructions at the time were clear— I acquiesced and let the show go on but insisted on oral chelation therapy, coupled with a strict diet and rest regimen. I warned him that the rest component was critical because, as mercury is liberated from the body via this method, he could feel a lot worse, long before feeling better. The effects of mercury vary greatly in terms of type and intensity, from one person to the next.

At the time I suggested putting off the play altogether for a few months, but this was not something he was willing to consider. Though he was compliant with all my instructions and his mercury dropped considerably (first to 20 after a couple of months, and then to 16), as predicted, his symptoms of fatigue and difficulty concentrating actually magnified. He also exhibited disconcerting new symptoms of irritability. At this point— around December 10, 2008— I drew the line and told him to immediately step away from his work on the play. I wanted him to rest completely, hopefully as an outpatient, and continue to receive proper medical care for the remainder of his treatment.

Under the intense pressure of the producers, he decided to ignore my recommendation, push through his advancing symptoms, and return to the rigors of work. As a result, only days later his condition further decompensated, to the point of worsening neuromuscular symptoms, forgetfulness, vertigo with presyncope, and finally the development of an abnormal EKG, confirming a marked sinus bradycardia.

At that point I admitted him to Greenwich Hospital. During this stay, Piven was seen by Robert Stark, M.D. (a renowned Yale cardiologist with 29 years experience), Walter Camp, M.D. (a highly respected senior staff neurologist and professor emeritus), and myself. Both specialists agreed he could be discharged on the third day and followed closely as an outpatient; they also agreed wholeheartedly that he has pushed, or allowed himself to be pushed too hard, and should immediately step away from the show, convalesce and continue treatment. In particular, along with these other recommendations, Dr. Stark’s words “enforced rest” are particularly noteworthy.

At that point I discharged him from the hospital with a caution that some or all of his symptoms would likely persist and possibly even continue to advance for weeks or months after this level had normalized (which it still had not). He was tired and disappointed; I sent him packing back to L.A., for rest and follow-up with my colleagues at the Beverly Hills office.

After a few more rough weeks, his health has finally started to come around. So what’s the moral in all this? Well for one, thanks to the way we’ve polluted our environment, something as healthy as fish is being ruined by the dumping of commercial and industrial waste into the oceans. It’s become such a serious problem that now almost all fish contain some degree of mercury, with the worst being shark, swordfish and mackerel, as well as older and larger fish toward the apex of the food chain. Mercury is stored in large amounts in muscle; this is a medical fact verified by autopsy studies. It’s for these reasons that the larger, older fish, with more lean muscle, contain more mercury.

Second, despite what some misinformed ‘experts’ say, it’s a documented scientific fact that mercury toxicity is now more pervasive than ever. The problem is that not enough physicians out there are experienced enough to look for it in their patients. Mercury toxicity affects nearly every organ system and can be fatal. So if you’re out there feeling symptoms or suffering health problems that your doctor can’t figure out, I urge you to get your mercury levels checked.

What does this all mean to the bodybuilder? Well, a lot. Bodybuilders and physique/fitness fanatics are perhaps the highest per capita consumers of canned tuna and sushi in the United States. I personally recall consuming many, many a can during my competitive days. Tuna straight out of the can, tuna salad with low-calorie mayonnaise, tuna with low-calorie creamy Italian dressing, and tuna with apple sauce and raisins (yes, I fully realize that the last version was a weird one, but it’s the truth). I always hated that chunk-light tuna version; to me, it always stunk like cat food and I suspect tasted no better. So I would usually go high-end for the albacore tuna packed in water. The problem is that the albacore version is the highest in mercury among the commercially available canned tunas. And though it varies from fish to fish, sushi and sashimi (sushi minus the rice) can harbor large amounts of mercury.

As a result of this shameful, man-made toxic scourge, I don’t eat much tuna these days— maybe about a can or two a month, compared with the old days of a can or two a day! I still eat sushi on occasion; I love the taste and elegance of a big plate of sushi and sashimi adorned with the usual accoutrements. By limiting my consumption of these favorites to once or twice per month, I know I am safe from mercury overload. For the muscle builder, excess mercury can create big problems, the most obvious of which is neuromuscular weakness. And mercury interferes with normal metabolic functions and energy pathways. The problem is that once mercury is deposited into your system in excess, it’s not so easy to get out. If you just cut things from the supply side it can take years to work its way out of your system. Using chelating agents, antioxidants and enzyme system catalysts, mercury can be liberated in an exponentially shorter time frame.

So if you are a bodybuilder who eats a great deal of fish and you are experiencing an unexplainable drop in strength coupled with increasing amounts of fatigue, get to your doctor and have your mercury levels checked. There are a number of ways to do this, including blood measurement, urine testing and hair analysis. We utilize all methods in our clinic and, depending on the case, some patients may undergo one or more of these tests. The point is, if you suspect this could possibly be an issue for you, check it out.

You just might be surprised to find out that it’s heavy metal that’s keeping you from moving the heavy metal! 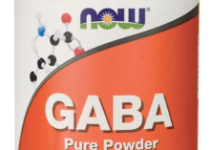