Deltropin 100, c3g cyanidin 3-glucoside,  is a standardised water extract of maqui berries, which is only grown in the country of Chile. Maqui berries by nature are very potent in targeted flavonoid species known as anthocyanins, in particular a subcategory of these called  delphinidins. These flavonoids types are characterised by their very glowing purple colors. These vibrant flavonoids are present in most berry species, yet in maqui berries they are so plentiful that the pitch purple color makes them appear black. A published research has shown that maqui berry is the richest in flavonoids and also has the highest antioxidant content of all berries in existence.

It is the 1st c3g cyanidin 3-glucoside supplement that .. Taken half an hour before consumption of rice resulted in a significantly and profoundly lowered blood glucose over a period of one hour. Researchers involved in the study discovered that Deltropin 100 inhibits the so-called sodium-glucose symport, also known as sodium-glucose co-transporter (SGLT). In turn, the extract in Deltropin decreases the absorption of dietary refined sugars, such as sucrose and even pure glucose. Such an effect on lowering absorption of refined sugars has not been previously found for any other dietary supplement and is patented.

Deltropin 100 c3g cyanidin 3-glucoside is NOT like all other weight loss supplements. 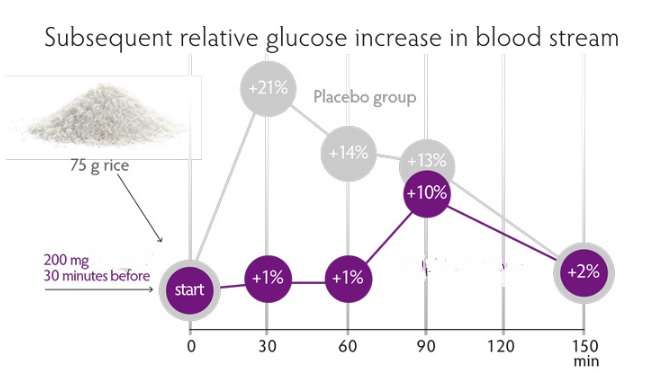 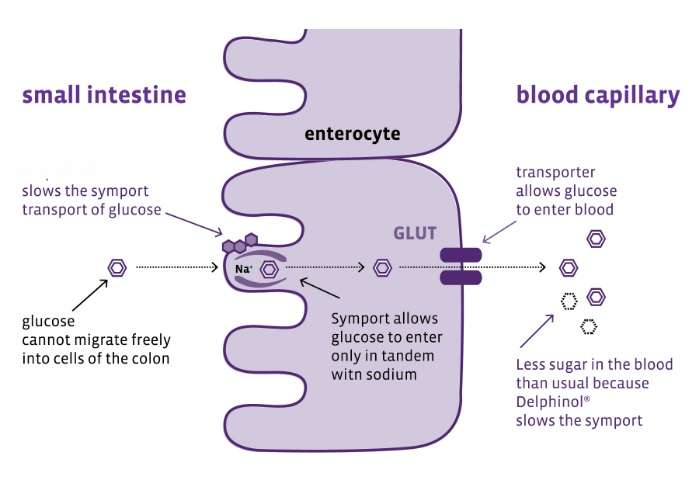 Suggested Use: As a dietary supplement, take 2, 30 minutes before a carbohydrate meal.  If you are not eating carbs for that meal you do not have to take Deltropin.   Warning: If you have a medical condition, smoke, are pregnant or nursing, are under the age of 18, or take medications, please consult your healthcare practitioner before using this product. Reduce or discontinue use if you experience any adverse effects. Keep out of reach of children. Current Version: 1.0 Quantity: 60 capsules  Made In: USA

Energy generation in the body involves oxidation of food stuffs, as inherent by-product body-own molecules may unavoidably encompass oxidative damage. Several mechanisms are in place in the body to counteract oxidative damage and nutritional antioxidants, including various vitamins, play an important role. Flavonoids, also referred to as polyphenols, are described in scientific literature to contribute extensively to limit oxidative harm to the body. The potency of antioxidants for neutralising oxygen free radicals before they may impact delicate body cell constituents, is commonly validated using an “oxygen radical absorbance capacity” (ORAC) test. The highly reputed Brunswick Laboratories (Southborough MA, USA) has inspected the extract in Deltropin 100 using the ORAC 5.0 technology, testing the extract for its efficacy for neutralising the five most pertinent oxygen radical species (hydroxyl, peroxyl, peroxynitrite, singlet oxygen and superoxide anion). The extract in Deltropin 100 was shown to neutralise all five radical species with a superior total ORAC 5.0 value in excess of 30,500 µM TE per g extract.*

Moderates the uptake of glucose

Many flavonoids lower blood glucose by decreased activity of the enzyme alpha-glucosidase, which decomposes starch into glucose, such as from bread, rice, pasta and many other starchy foods. The extract in Deltropin 100 moderates the uptake of glucose itself and therefore, adds an entirely new dimension for naturally controlling dietary carbohydrates. Specific delphinidin species limited to maqui berries are understood to act on the sodium glucose co-transporter facilitate. A series of further investigations are currently undertaken to reveal anticipated benefits of glucose-control with the extract in Deltropin 100 in cognitive function, appetite control and sports nutrition.