Wow,  I just saw this on Yahoo News!  So sad…that is my favorite hash tag!  I have started a petition.  We have to stop these giant corporations from attacking our freedom of speech!

Click here to REVERSE THE BAN ON #SQUAT petition 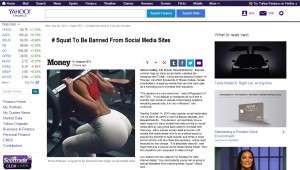 Here is the press release

#squat To Be Banned By Social Media Sites

“The decision is a very smart one.”  said Jill Rappaport of the FCPA.  “If you #squat on Instagram all you’ll see is scantily clad women in sexual compromising positions,  simulating sexual acts, it is very offensive!”, she continued.

Starting October 1st, 2015 many popular social media sites will not allow its users to use the #squat, #squats, and #squat4thebotty.  This decision will most likely have a major impact on many models that make a living on social media sites by using their back-sides to increase their following.  Many popular social media accounts with models that demonstrate how to do a barbell squat (a popular leg exercise to build muscle) and dress in booty shorts (shorts with the cheek line exposed)  will be most impacted by this change.  “It is absolutely absurd!”, said Page Holloway a popular social media fitness model, “How the (expletive) am I supposed to make a living!”

Jim Lealand from the Alliance For Families For Safe Internet stated, “Any post puberty young man is going to sexual stimulated from watching these “squat” videos on social media sites, it needs to be stopped!”

According to the National Traffic Safety Commission, 87 people were injured this month alone from viewing squat videos on social media.  More than 75% because they were watching squat videos while driving.

However not all people were happy with the decision.  Harry Bells from Iitchem Herd California posted on his social media site, “This is ridiculous, I loved those squats videos, and I don’t even lift!”.

New York Technology Today: TIs an online technology magazine that reports the latest news happening on social media.  It is an award winning journal website and app on ios 9. 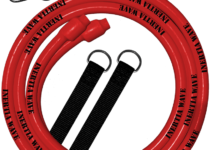 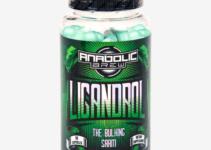