CoQ10 is a popular supplement.  However like all supplements you have to be very careful because if you do not know the quality of CoQ10 you buy, most likely you’ll be getting Chinese CoQ10, which is NOT the best quality.  Instead you want to look for branded ingredients, and in this case you Kaneka q10.  This company makes the ONLY CoQ10 supplement from the U.S.  The company is called Kaneka.

For over 30 years Kaneka q10 has made a commitment to quality in making this supplement.  They are the industry leaders of Co10 supplementation.  Here are the reasons why:

There are several benefits to using with CoQ10. Because it is vital for the essential production of cellular energy, CoQ10 supports stamina and helps the body’s state of health. As a strong antioxidant, it also stops lipid peroxyl radicals production, powers the immune system and fosters resistance to disease. Over the last thirty years, hundreds of studies have been conducted and published on CoQ10 advantages for maintaining good health and beneficial aging. 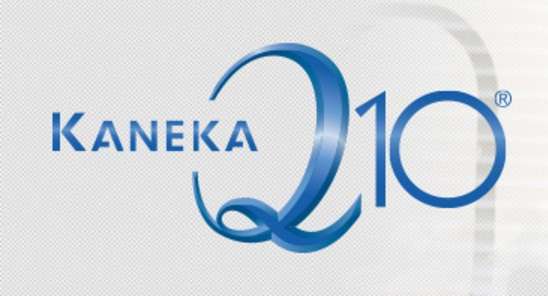 Study: Therapeutic effects of coenzyme Q10 (CoQ10) and reduced CoQ10 in the MPTP model of Parkinsonism.

Journal: J Neurochem. 2008 Mar;104(6):1613-21. Epub 2007 Oct 31.
Authors: Cleren C, Yang L, Lorenzo B, Calingasan NY, Schomer A, Sireci A, Wille EJ, Beal MF.
Summary/comments: Beal offered his groupʼs most recent findings on mitochondrial dysfunction and neurodegenerative diseases, specifically involving animal models of Parkinsonʼs and Huntingtonʼs disease to compare Ubiquinol and conventional CoQ10 (ubiquinone). In one of the animal models, they utilized a neurotoxin called MPTP, which induces effects in the brain designed to be analogous to clinical and biochemical changes seen in patients with Parkinsonʼs disease. The rodents treated with CoQ10 (both ubiquinone and ubiquinol forms) had significantly less formation of alpha synuclein aggregates, which is a major pathological hallmark found in Parkinsonʼs disease patients. Additionally, the scientists noted that the Ubiquinol form resulted in higher plasma levels and exerted a greater neuroprotective effect against the damaging effect of MPTP.

Journal: Clinical and Experimental Nephrology
Authors: Ishikawa A, Kawarazaki H, Ando K, Fujita M, Fujita T, Homma Y
Summary/comments: Researchers from the University of Tokyo have been examining the role of antioxidants in Chronic Kidney Disease. As a preliminary study, an animal model of chronic kidney disease was developed. Three experimental groups were created: a control group, a high salt diet group, and a high salt diet plus Ubiquinol group. In comparison to the control group, the high salt diet increased oxidative stress (measured by the generation of superoxide anion in kidney tissue), increased hypertension, and induced albuminuria. However, the high salt diet plus Ubiquinol group exhibited results indicating significant renoprotection by ubiquinol, including decreased generation of superoxide anion (antioxidant effect), decreased urinary albumin, and amelioration of hypertension. This study marks the first experimental research with the antioxidant Ubiquinol in an animal model of chronic kidney disease.

Journal: Pediatr Neurol. 2007 Dec;37(6):398-403
Authors: Miles MV, Patterson BJ, Chalfonte-Evans ML, Horn PS, Hicke FJ, Schapiro MB, Steele PE, Tang PH, Hotze SL
Summary/comments: This is the first study to indicate a pro-oxidant state in plasma of children with trisomy 21, as assessed by ubiquinol-10: total coenzyme Q10 ratio. The scientists found the redox status of coenzyme Q10 in children with trisomy 21 is significantly altered compared with that of healthy children. In addition, after 3 months of supplementation with Ubiquinol, the antioxidant:oxidant imbalance was positively affected in most of these children. Though this did not prove a clinical effect, the results provide a foundation for further research.

Journal: J Am Geriatr Soc. 2007 Jul;55(7):1141-2.
Authors: Wada H, Goto H, Hagiwara S, Yamamoto Y.
Summary/comments: Research has continued to uncover the association between oxidative stress and aging, and recent work done at Kyorin University in Japan demonstrates that ubiquinol is involved. The blood levels of both forms of CoQ10 (ubiquinone and ubiquinol) in subjects in different ages was examined. They found that aged subjects not only have reduced CoQ10 biosynthesis, but also their ability to convert ubiquinone to ubiquinol is also diminished.