Super cissus quadrangularis is used to help support weight loss and reduce one’s appetite.  When looking for the best brand, you need to find the version of cissus quadrangularis that is patented.  If not then most likely you are buying cheap Chinese sourced product that will only lead to disappointment because most likely it is not pure cissus quadrangularis.  This is all to common in the supplement industry as most supplement companies  use contract packagers to make their products.  The contract packers simply buy the cheapest material they can and put it in the final product that is sold to you.  Thus it is very important to by the branded, patented form.  Beware of bulk powder supplement companies as well.  Usually these companies will buy bulk cissus and sell it to you very cheap.  You get what you pay for!

Super Cissus (Cissus quadrangularis extract) is a multi-patented (protected by six U.S. patents), GRAS-affirmed, multifunctional nutraceutical ingredient that helps reduce weight and body fat through an unprecedented variety of mechanisms of action while contributing to overall metabolic health.* Synetrim® CQ (Cissus quadrangularis) helps inhibit the absorption of dietary fat and starch* and plays a significant role in limiting the impact of calories associated with their consumption. It does this by blocking digestive enzymes that break down dietary fat, starch, and starch-derived sugar. Synetrim®CQ (Cissus quadrangularis) also helps control emotional eating while enhancing lean muscle mass.*

Positioned on wide-ranging scientific testing, this clinically validated certified nutracuetical authenticate structure/function claims in the areas of Healthy Fat Loss and Metabolic Healthiness, including heart health and Insuline Balance.* Synetrim® CQ’s validated structure/function claims are in conformity with the requirements of the Dietary Supplement Health and Education Act of 1994 and have been submitted to the FDA as such.

Research tested, holding several patents Synetrim® CQ is an all natural, Generally regarded as safe-affirmed raw material ingredient that has both the scientific validation and regulatory claims as well. 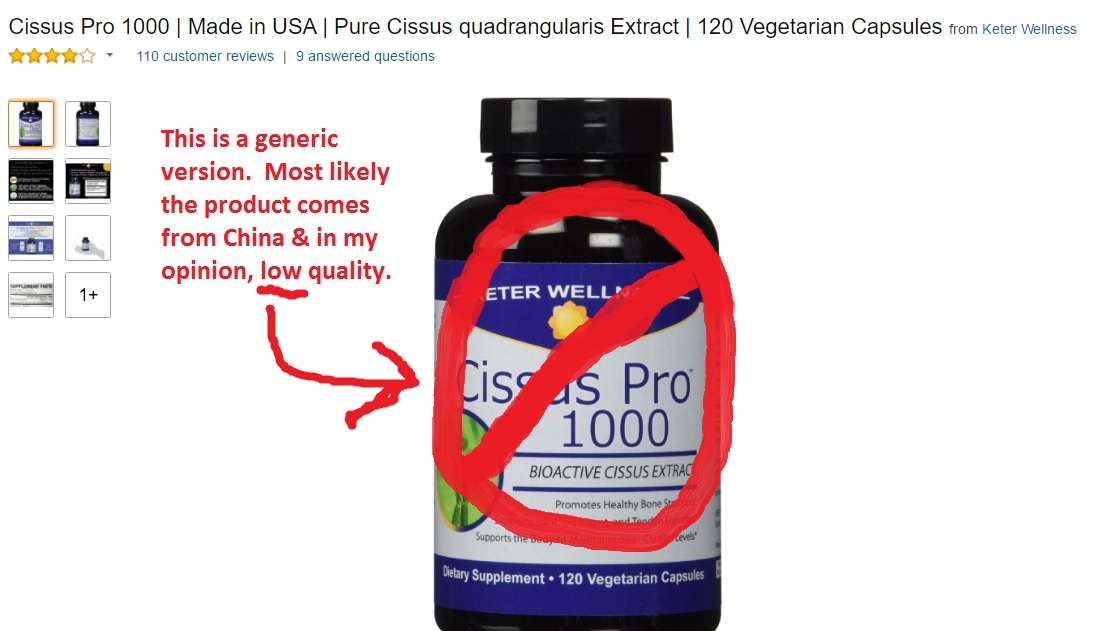 From the maker of Synetrim CQ

Our multi-patented, clinically studied Synetrim CQ.   Synetrim CQ has three published human clinical trials, six patents and fourteen patents pending. Synetrim CQ is derived from the indigenous medicinal plant Cissus quadrangularis which is native to India and West Africa.  In India they call Cissus ‘Pirandai’ and they pickle it.  The English common name for Cissus is Veld Grape.  Cissus has a long and safe history of human consumption and has ODI status .   Synetrim CQ is GRAS Affirmed and can be used in foods and beverages with a nutrition panel.  Synetrim CQ is highly water soluble, non GMO, Kosher, Halal, Vegan, and gluten free.

Synetrim CQ has many claims including weight loss/weight management and claims for four out of the five areas of Metabolic Wellness.  Below are some of the substantiated s/f claims.  These claims were vetted by Hyman Phelps McNamara, Washington DC.

Synetrim CQ contains standardized amounts of phytosterols as well as high concentrations of vitamin C, Vitamin A, Calcium and other nutrients.   The clinically efficacious dose is 150 mg’s twice per day or 300 mg’s once per day.

Synetrim® cQ iS clinically proven to promote Weight loss and reduce Body Size Synetrim® CQ’s healthy weight management benefits were demonstrated in two human clinical trials. In a 6 week, randomized, double-blind, placebo-controlled clinical trial involving 64 subjects, participants taking 150 mg of Synetrim® CQ twice daily before meals lost an average of 10.5 pounds whereas the placebo group actually gained weight (Figure 3). This trial was followed by a 10 week, randomized, double-blind, placebo-controlled clinical trial in which 48 subjects utilized a similar dosage protocol. In the longer study, consumption of Synetrim® CQ resulted in an average loss of 19.2 pounds (Figure 3) in subjects which was accompanied by a 14.6% drop in body fat (Figure 4) and a 3.4 inch reduction in waist size. Since fat deposited around the mid-section is associated with a range of chronic illnesses including cardiovascular disease and Type II diabetes, this type of reduction in weight, body fat and waist size can have enormous health implications.

Synetrim® cQ helpS reduce caloric intake By Blocking enzymeS that digeSt carBohydrateS and dietary fatS Synetrim® CQ helps inhibit the absorption of dietary fat and starch* and plays a significant role in limiting the impact of calories associated with their consumption. Scientific research has shown that flavonoids and stilbenes in Synetrim® CQ block the activity of both the fat-digesting enzyme, lipase, as well as alpha-amylase and alphaglucosidase, enzymes that break down starch and starch-derived sugar. This triple action activity, which is unique among today’s proprietary specialty ingredients, differentiates Synetrim® CQ from other ingredients in the industry that possess only single mechanisms of action, such as starch blocking alone. Because absorption of starchderived sugar after a carbohydrate-rich meal is reduced, Synetrim® CQ helps support glucose levels that are already in the normal range.* In fact, in the 10 week long clinical trial discussed previously, there was a 14.8% reduction in blood glucose in subjects taking Synetrim® CQ.

Synetrim® cQ iS clinically proven to improve Blood lipid levelS Synetrim® CQ contains phytogenic ketosterones, a type of plant sterol. Studies have shown that plant sterols block the absorption of cholesterol from the digestive tract, resulting in reduced cholesterol levels in the blood. In both the 6 week and 10 week long clinical trials that investigated Synetrim® CQ’s health benefits, subjects taking Synetrim® CQ had significantly lower levels of total cholesterol by the end of each study (ranging from 18% in the shorter study to 26.6% in the longer study). LDL cholesterol and triglycerides were also lower. These results demonstrate that Synetrim® CQ helps supports healthy cardiovascular function.*
Synetrim® cQ helpS enhance mood and increaSeS Satiety By raiSing Serotonin levelS A person who is overweight or obese and has difficulty losing weight is often irritable with a negative mood which can lead to additional weight gain via overeating of high calorie comfort foods. Cravings for these high fat and carbohydrate foods are often caused by reduced levels of serotonin, a neurotransmitter that is involved in a range of important body functions including mood and satiety. Consumption of comfort foods usually makes people feel better because these foods raise serotonin levels in the body. Synetrim® CQ helps control mood-induced overeating*. In the 6-week long clinical trial discussed previously, consumption of Synetrim® CQ increased serotonin levels by 53.3% in subjects.

Synetrim® CQ Helps Reduce Body Fat by Balancing Blood Sugar Levels Synetrim® CQ also helps support weight management by helping to balance blood glucose levels. Glycemic index is a measure of how fast glucose enters the bloodstream after a meal. Under normal conditions, starch has a high glycemic index because it is rapidly digested to glucose by alpha-amylase and alpha-glucosidase, resulting in a spike in post meal blood glucose levels. This can lead to weight gain because any glucose not needed for immediate energy is stored as fat. When Synetrim® CQ inhibits these enzymes and starch-derived glucose enters the blood at a reduced rate, it helps limit the amount of glucose that ends up being stored as fat. In fact, in the 10 week long clinical trial mentioned previously, ingestion of Synetrim® CQ resulted in a significant reduction in blood sugar levels as well as body fat. Synetrim® CQ Helps Control Emotional Eating When people are stressed, they often cope by snacking on high calorie “comfort foods” which can lead to weight gain. Often their negative mood is associated with reduced levels of serotonin, a neurotransmitter that is associated with mood and satiety. Consumption of these “comfort foods” temporarily raises serotonin levels, a form of self-medication. In the 6 week trial mentioned previously, subjects taking Synetrim® CQ had a significant increase in the level of serotonin. This increase helps promote enhanced feelings of emotional well-being which can help control mood-induced overeating and promote satiety.*