Jeff Seid was born June 12th, 1994 in Renton, Washington, United States. he began playing sports at the young age of 5 and it was essentially the beginning of what has become an epic journey.

Jeff Seid was always a very athletic kid growing up and soon realized that being physically strong and in great shape helped give an even greater advantage over the competition. This desire and overwhelming passion inspired him to begin lifting weights at the age of 11.

Going into his senior year of high school Jeff was talking to multiple schools about potential football scholarships, was ranked as one of the best wrestlers in the country, and had set multiple records in track. Pretty much Jeff planned on having his college education paid for through sports. But sometimes life doesn’t happen the way you expect. His first football game of my senior year he tore his ACL and shattered his dreams. Not only was his dream of playing sports in college shattered but all of his scholarship offers were gone, leaving him with no way to pay for college. He tore his ACL a 2nd time a couple months later and definitely thought my life was over.

A few days before Jeff’s 1st surgery, he was on the bodybuilding.com website and he stumbled across the newest IFBB bodybuilding category, Men’s Physique. He had been training consistently for 6 years at that time so he wanted to use what he had devoted his life to building and see if he could make a career out of what he loved. One month later Jeff competed and won the overall title at his first show. Exactly a year after his first competition he went on to win Nationals, which made him the youngest IFBB Professional in history! Two months after becoming an IFBB Pro Jeff won his first Pro show that qualified him to step on stage at the first ever Mr. Olympia Men’s Physique Showdown.

After the Mr. Olympia contest Jeff’s career really took off. He was now flying around the world for various expos and appearances monthly.

Most recently, he competed in the Mr. Olympia a second time and started his own clothing company, SeidWear. Just recently he wrote a book, Guide to Aesthetics. It’s over 150 pages of everything Jeff has learned so far in his journey to aesthetics.

Everything is going according to plan, but still his hunger for more thrives. He is just getting started. What Jeff has learned from his journey this far is that strength does not come from winning. Your struggles develop your strength. When you go through hardships and decide not to give up, that is strength.

What is Jeff Seid’s life goal?

You know what I want to do in life is I want to make a difference in the world, make it so my name is remembered for hundreds of years from now after I die. I feel like the best way to do that is to kind of where to raise awareness you know on problems in the world and everything. First I got to get a bunch of money to build up my name and get exposure. Once I have a platform to kind of like. I will talk about the world issues and stuff then I want to start talking about things like you know the meat industry the meat industry is a Holocaust for animals. Like it’s disturbing, to be honest, to see you know.

How many animals are killed a day is a disturbing number to think about. And we’re talking about political corruption and stuff just. Kind of change the world in general. Life goal does make a difference in the world. Just for my name to live on forever. My goal up until this point was kind of like you know how about my parents not helping my family and stuff. So, I’ve kind of made to that point maybe you know retirement parents and help them out with stuff. So, since I’ve done that now it’s time to kind of move on and work on personal goals. So you just raise awareness on the world man. Like the government and everything is so corrupt like the banks run the world. Other personal goals.

And yet make a difference in the world.

Someone said Jeff Seid is still a gym shark. And his response to this was, No I left gym shark a while ago. Do my own thing right now. I realized a while ago that you know it’s one thing to be sponsored and a whole nother game once you own your own company. So I’m kind of done with all sponsor the moment. Dude, I’ll just do my own, Then make money doing that man. It’s like you can only go so far at being sponsored and then once you win you start your own company.

It’s pretty awesome to go around the world and check out the world. You know, I’ve always wanted to go sightseeing and see the world. So it’s kind of always been a passion of mine. So to do it now is a pretty good feeling. So I was off to go to Germany. It’s kind of different. See everyone speaking German, different language. But I don’t know, it was a good time because I guess English is like the second language there. You know, pretty much everyone in Germany speaks English. So, I mean, I didn’t feel too out of place. There’s a ton of old buildings there. Man Oh my god is it crazy. It was causing all the architecture, the landscape and weather was pretty much the same as Washington, Seattle where I’m from. Seattle’s like the rainiest city in America. So it rained all the time. It’s actually snowing right now, so it’s pretty cool. But yeah, Germany, it is a pretty cool place now.

Jeff Seid is a bodybuilder to certainly keep an eye on and has some great potential in the future of bodybuilding competitions. 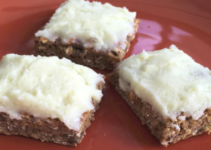