Home
prohormones
The Benefits, Risks, and Warning If You Are Looking To Buy Prohormones
Share Tweet Pin it

Because prohormones fall into a legal gray area, finding reliable sources can be difficult. Because the laws on prohormone production, distribution and possession vary from one jurisdiction to another, it is very difficult to give general advice that is applicable for everyone’s situation.

However, prohormone sources can be broken down into a few major categories. First, there are some local sports stores that carry prohormones. Because of the jurisdiction issues and the general negative perception of prohormones in the public eye, national sports nutrition chains typically will not have anything to do with even the prohormones that remain legal at this time. Small local nutrition stores are a far better bet, but they can be difficult to identify, since they generally do not advertise their prohormones.

As a result, many buyers turn to online nutrition stores and pharmacies. The best of them keep a close watch on legislation relating to prohormones and other performance enhancement drugs, and pull anything that is being made illegal as soon as legislation against it is signed.

In the United States, these top-tier sources include A1 Supplements, Best Price Nutrition and I-Supplements. Notice you’ll not see retailers such as GNC, Amazon.com and Wal-mart because buying prohormones is such a grey market.  Large public companies refuse to take the risk associated with selling them. Good sources in the United Kingdom include predatornutrition.com, pro-hormones.co.uk and bestsupps.co.uk. Although laws in Canada and Australia do not permit stores to sell prohormones within their borders, there is a legal loophole that permits people to buy prohormones from sellers in the US and UK and having them shipped as long as the prohormones in question are not on the relevant restriction schedules. However, this is another legal gray area, and people have run afoul of customs when importing prohormones they thought to be legal. As a result, many would-be buyers in Canada and Australia are being steered to anti-estrogens instead. These chemicals block the effect of estrogen and allow your body to make the most use of the testosterone it has naturally.

Outside the English-speaking world, laws on prohormones can vary widely. Some countries have very strict laws, while many others have lax ones. As a result, a gray market has developed around the edges of the jigsaw puzzle of laws, and many prohormone sellers have located themselves in countries with few or no regulations against them. However, buying from these sellers necessarily involves transporting their product across international borders, which increases the risk of running afoul of the law.

Some international shippers have tried to dodge these problems by pre-marking their packages with terms such as “refused” and “return to sender” and having them delivered to the porch without any signature requirement. In theory, this provides some protection for the purchaser by creating the impression that the package was not purchased by the intended recipient, who can claim innocence if customs agents or law enforcement officers should take interest in it. However, this practice is a dodge rather than a protection, and the authorities in most jurisdictions are growing wise to it and apt to take a jaundiced view of such protestations of innocence.

Buyers who live near an international border or have the wherewithal for frequent international travel may want to consider pharmaceutical tourism. Instead of ordering online, they can travel to countries with less stringent laws on prohormones and make their purchases there. However, unless they are prepared to stay in the other country throughout their on-cycle periods, pharmaceutical tourism still involves the problem of bringing the supplements back home. Even if the prohormones in question are not actually illegal in the destination country, it is easy to run afoul of laws regarding their importation and end up owing heavy import duties or having them confiscated outright.

Whether you buy online or by traveling to the other country, when you buy internationally, you are dependent upon another country’s pure food and drug legislation to ensure the safety of what you are buying. Many Third World countries with lax laws regulating prohormones also have lax laws about food and drug purity in general. Thus there is a very real risk of buying inferor products contaminated with dangerous chemicals.

The risks of buying prohormones

If dealing with the gray-market international sellers of prohormones is fraught with risks, both legal and medical, things get even more dangerous when one moves beyond the fringes of the law into the outright black market. Whenever governments try to prohibit something that a significant portion of the population wants, a black market will arise to provide it, and prohormones are no exception. Those markets show the same patterns that have shown up whenever prohibition arises, from the original Dry Laws of the US Eighteenth Amendment through the War on (Some) Drugs. Prohormones from black market sources are often synthesized in back-alley operations with questionable sanitation and their products are often cut with cheap adulterants. If quality assurance is sketchy on prohormones from gray-market international sellers, buying from a black-market seller means having no way of being sure what is in the bottle.

Furthermore, governments expend a considerable amount of effort on combatting black-market drugs and everyone who deals in them. Most obviously, they are trying to shut down production, but they are also targeting individual purchasers in hopes of working their way up the supply chain. Often they will offer plea deals for people who are willing to inform on other buyers, so it is very likely that the guy at the gym who is offering people a nice little deal on muscle-building pills, no questions asked, is in fact an informer. While there have been some people who have successfully argued that the police pushed them into a purchase they didn’t really want to follow through with, entrapment is a very difficult legal defense to make.

Given the legal gray area prohormones occupy, buying them is not something to be undertaken lightly. If you are frustrated with your progress and believe that they are the best route to muscular excellence for you, make sure to research thoroughly. Be sure you know not only the medical effects of taking them, but the legal ramifications of buying and using them. Make sure you know the company you’re buying from and the precautions they take to avoid running afoul of the law in a rapidly changing legislative environment as well as the on-cycle support and post-cycle therapy regimens you need to follow to protect your body from the dangerous side effects of these prohormones.  I only recommending buy them from here 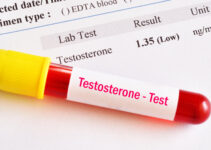 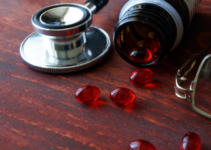 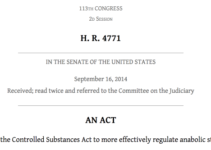