There’s an assumption baked into American culture that fast is good and slow is bad. Yet in the realm of protein consumption, that’s not necessarily true. In fact, I’d argue that the reverse is true. So the next time you hear whey is a “fast” protein, has a biological value north of 100 or the end all be all, remember the points raised here. By studying what really matters (the amount of lean body mass/muscle accrued), you’ll come to appreciate micellar casein a whole lot more..

These are just a few of the benefits of whey, but they’re worth noting..

According to one study published in Nutrition & Metabolism, people who took a specialized whey fraction high in leucine, bioactive peptides and milk calcium “lost significantly more body fat and showed a greater preservation of lean muscle compared to subjects consuming the control beverage”.

Promising results were published in the journal Anticancer Research for the use of whey protein concentrate (WPC) and glutathione modulation in cancer treatment.

According to a study published in The British Journal of Nutrition, “there was a significant decrease in total cholesterol and LDL cholesterol at week 12 in the whey group compared with the casein (group).

Research published in the International Dairy Journal found that beverages that were supplemented with whey protein significantly reduced blood pressure in patients with hypertension, their risk of developing heart disease or stroke was also lower.

A study published in the journal Clinical and Investigative Medicine found that whey protein may help reduce weight loss among HIV-positive patients.

But let’s be honest: is that really what you buy a whey protein for?

Everyone I know buys it to add muscle. And on that score, whey 2nd best IMO. How can I say that? Simple. Around 90 minutes after whey is ingested, its amino acids disappear from the blood stream. Sure, you can just take more whey but with today’s busy lifestyles it can be a hassle. To say nothing of this: How many more 5lb bags of whey are you going to go through, while getting zilch in the way of more muscle?

Someone had to say it..

Micellar casein is the “other” protein in milk, the curds you see in cottage cheese. It’s by virtue of its absorption dynamics where the magic really lies. True, the burst of amino acids isn’t as fast as whey, but beyond that it really shines. Micellar Casein trickle feeds amino acids to your muscles for up to 7 hours, a full 5 ½ hours more than whey alone.

By doing so casein acts anti-catabolically, contributing in a much greater way to the more important 24 hour nitrogen retention factor. In fact, micellar casein has been proven to add more LBM vs. controls, when taken at a specific time. That time is before bed, while the body is busy repairing, re-molding and building a bigger and stronger you!!

The researchers gave two dozen men (average age 70!) a shake containing 40 g casein, just before retiring. Amino acids in the protein were labelled so that the researchers could see whether they entered the bloodstream or were absorbed by muscle cells.

Half of the men trained their legs on the leg press and a leg-extension machine 2.5 hours before they were given the protein shake.

The researchers then took samples of muscle cells from the men’s legs just before they went to bed and early the next morning, then measured the muscle tissue buildup. They also monitored the concentration of amino acids in the men’s blood via catheters. Pretty damn impressive diagnostic protocol, if you ask me…

During the night, just over half of the amino acids in the protein shake appeared in the blood of both groups, and the net production muscle tissue increased. The increase was about a third higher in the men who had trained [PROTEIN+EXERCISE] than in the other group [PROTEIN ONLY].

Here’s another bonus: The protein shake improved the quality of their sleep..

CONCLUSIONS
“The current data extend on previous observations and are the first, to our knowledge, to show that physical activity performed throughout the day increases the efficiency by which dietary protein ingested before sleep is directed toward de novo muscle protein synthesis in older individuals.”The authors note, “Protein ingestion before sleep may represent an effective nutritional strategy to preserve muscle mass by stimulating and supporting muscle protein accretion during overnight sleep”.

This is important, because it tells us the optimal arrangement and timing of both exercise and protein. More than that, it illustrates what type of protein is necessary to elicit gains (casein/slow release protein) and even the amount (40g). One other very important point..

The average age of subjects in this study was 70! Folks, if they’re measuring accrual of muscle tissue in 70 year olds you can bet the farm that younger trainees (with higher testosterone levels) will see even better results.

All of this means micellar casein deserves a place in your supplement arsenal. You can certainly still use whey (a combination of both would be optimal), but if you’re not seeing more muscle with just whey – you get my point. Mother nature knows best, and a true milk protein is whey + casein – something to ponder..

Micellar casein is a no-brainer IMO. It beats other proteins any day of the week and twice on Sunday. Best buy and quality right here at Protein Factory: Heliogen Micellar Casein is your go to product!

Best of all, it’s under $1/serving for this grass fed monster. 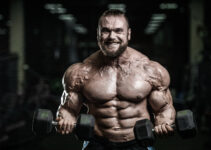 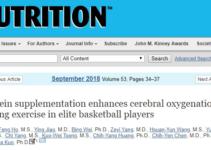 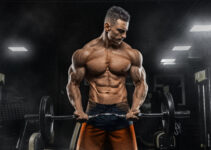 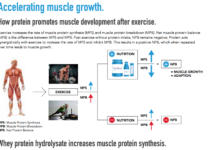