Here is an example of what I’m talking about.

As you can see this Instagram Influencer guy is promoting a supplement.  Did USP labs pay him to promote this product?  I allege so. Now here he is getting busted for anabolic steroid possession.

I watched a documentary on Hulu the other day, called Tiny Shoulders.

The documentary was about how Mattel can “change” the Barbie doll to increase sales, but at the same time not be attached to the stigma that women should be 110lbs, tall, thin, blonde and big boobs.

The documentary was focused partly on feminism.  It showed how the employees at Mattel worked to create a Barbie doll for the present and stay relevant to the children of today.  The “science” behind the doll was interesting as the documentary showed.

I started to think about how the Barbie doll relates to today’s children, as I have a daughter myself.  My daughter does not play with Barbie dolls and never has.  I remember buying them for her, but she never played with them.  Instead, she went to dance school, did homework, played outside, and of course used electronics, like the iPad and the iPhone.

Kim Kardashian and her sisters Kylie and Kendall are in the top 10 of people who have the most followers on Instagram.  The technical term for Kim and her sisters are Instagram Influencers.  An influencer is defined as a person or group that has the ability to influence the behavior or opinions of others. Between them, it is about half a billion people which is greater than the population of the United States.  That is a lot of influencal power!

When I think of Kim Kardashian and the Jenners, besides that jealous burning feeling inside my body that they are bazillionaires because of a stupid reality shows, I think of plastic surgery, big boobs, giant asses, and big lips.  Nothing REAL, and more plastic on them than the actually Barbie doll itself.

Mattel’s stock is tanking…goes to show you that the “Barbie” industry is losing the battle to the  “internet” industry. I would guess, that like my daughter, less and fewer children are playing with Barbie dolls, and instead playing on the internet.  Which means they are viewing and becoming “followers”, “fans” of women like Kim Kardashian and the Jenners Instagram accounts.  They’re being “influenced” by them.  These Queens of Instagram, instead of being satisfied with what God gave them, change their appearance with expensive plastic surgery, which results in an unrealistic appearance.  Kinda like well, a Barbie doll.  If you browse female fitness Instagram accounts, you’ll see the some of the most popular ones, have very little body fat, big boobs, and lean muscular physiques.  I would guess that some take anabolic steroids, like Anavar, to keep their body fat low, and maintain a “hard” appearance.  Which again is not natural or real.

How does this help female empowerment and feminism? I think it does just the opposite.    The Barbie doll is heading in one direction and Instagram “influencers” are heading in the other.  In the documentary Tiny Shoulders, Mattel’s employees were changing the Barbie to represent the way the AVERAGE women looks today.  They manufactured the Barbie doll with the ideology of accepting one’s body for what it is.  Instagram Influencers collectively are focused on NOT accepting what you were born with, and changing it to be aesthetically more appealing.    Additionally, I noticed materialistic things are promoted by most Instagram influencers as well like fancy cars, luxury vacations, and designer clothes.

Being that most of my readers are males, I’ll shift gears to male Instagram Influencers.  I would guess that most male fitness and bodybuilder “influencers” that have followers in the millions are steroid users.  I ponder several questions and conundrums dealing with male fitness influencers and their steroid use.

My first question is does this give male adolescent unrealistic expectations of what their bodies should look like when they become men?  Anabolic steroids make it possible to achieve a body that naturally one could never get.  These male fitness and professional bodybuilders on Instagram NEVER mention their steroid use.  (Yea I know some do, but 99% do not) They only talk about buying their meal plans and workout plans or the supplements to buy.   But they never put an asterisk attached to their workout plans, which should state, “I use anabolic steroids, which have a dramatic impact on my physique.  You will not be able to achieve the same results with my workout plan/meal/supplement plan if you do not use anabolic steroids in conjunction with your purchase.”

My second question is should supplement companies disclose their paid sponsored Instagram influencers use anabolic steroids along with their supplements if they are displaying their physiques? A steroid using Instagram Influencer that displays his physique and pushes a supplement gives off the false illusion that the supplement helped him achieve that unrealistic physique.  Meanwhile, it was the anabolic steroids that actually got him to that level.

In this day and age, people and especially adolescent males and females, that want to achieve a more muscular, leaner and healthier body should be influenced by people that are natural, not steroid users.  If a steroid using Instagram influencer is selling a workout/diet plan or being sponsored by a supplement company they should disclose that they take anabolic steroids.  Would it be truthful if an Instagram Influencer got butt implants and then did not disclose that she did, but then sold a workout plan focused on building a bigger booty?

The physiques of the Kardashians and the Jenners is what is influencing the young girls of today.  What offended feminists with the Barbie doll has now just taken on a new form of an Instagram account.  Mattel tried to change Barbie to get away from the old look, but meanwhile, young girls are not playing with Barbie anymore because they are too busy giving “likes” to Kim Kardashian.  This picture of Kim below, got about 3,000,000 likes, which is about the total population of people in the state of Iowa.  Is there anything “real” about Kim’s physique? In conclusion, most of my readers should easily to able to think to themselves, “Uh yea, that guys takes steroids”, but the newbs out there, and there are millions of them, think these Instagram Influencers achieve their physiques by some custom diet plan and supplements that they promote.  When it should be common sense that their physiques are achieved by steroid abuse.  Maybe do a good deed for the day and tell the newb to wake up and smell the coffee. 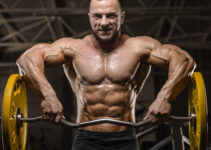 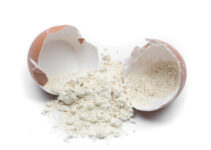 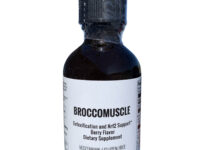 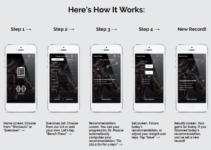