David Laid is a fitness model with 1.2 million followers on Instagram. He is a Gymshark representative.

What supplements does David Laid Use?

David Laid used to use a ton of supplements. He stated that he used around 30 to 40, but now he only uses 4. Whey protein, creatine, a multi-vitamin, and a pre workout. David says that he would get creatine, amino acids and so on, but he later realized that this was not ideal. So those are his products used currently in his 3rd year transformation.

Did David Laid only do deadlifts, squat, and bench?

The simple answer to this question would be no. Since he started lifting in the very beginning, David always did bench press and squats. They have been in his workout routine ever since. He really started to focus on these three lifts about a year and a half into his training. So, David has been using these workouts since the very beginning, and takes them very seriously when working out.

How often does David Laid work on his abs per week?

Believe it or not, David Laid does not do direct core wok as of today. About a year ago he would do his core work at the end of his workout with cable crunches, but now this is not included in his routine. David says that he gets all of his core simulation from doing squats and deadlifts.

How has training affected David Laid’s social life? What does he do to get his meals while in school?

David says that training has affected his social life in a positive way. Training has increased his confidence, helped him build his character and generally learn a lot about himself. To get in his meal during school, David uses the Six Pack Bags lunch boxes so he can carry his food around everywhere. The day before school, he’ll prepare his meals and pack a few drinks with vitamins and bring it to school with him. David will then eat his food throughout the day since his teachers let him.

What is David Laid’s current weight and body fat percentage? What is his current Workout Routine throughout the week?

David Laid currently weighs around 185 pounds in the morning, and gets to around 190 pounds at the heaviest point in his day. Six days out of David’s week, he of course works out, The routine he is running now is a push pull leg split. So, it goes push, pull, legs, push, pull, legs, and so on.

When did David Laid start the Blast program? Has there been any other programs beside this one?

Throughout David’s sophomore year of high school, he ran with the Jason Vines program, but ended on the very last day so he could go on strike further. In the summer he started doing the strength program since he would be getting enough sleep for David’s central nervous system. From that day on he has not gone back to the block program.

How many days a week does David Laid lift? Are there certain body parts David works twice a week?

What does David Laid do when he is cutting?

David says that he has never intentionally cut in his life. Throughout all of his years of lifting, David has been trying to stay in a caloric surplus. Since he has a very poor appetite, it makes it hard for David to get his calories in, although he is in a surplus most of the time. So David never cut on purpose, but it will just happen to him from time to time.

What types of sets/reps was David Laid doing to start out and to gain size so quickly?

When David first sought out to train in the very beginning, he of course had no clue what he was doing. What he did was he just had moderate volume workouts in the 20 rep range. From working out over time, he has learned that the only thing that matters in the total volume you get in at the end of your workout. So, David is essentially saying that you could just do low reps with heavier weights or high reps with lighter weights, as long as the total volume is a good amount.

What are David Laid’s arm measurements and how tall is he?

David Laid is currently six foot two and a half, and his arms are approximately 15 inches cold and 16 inches with a pump.

David Laid’ advice on how to maximize in a surplus:

David says that the one big thing that could be influencing it is not getting enough sleep. If that happens, your body won’t be able to recover, you won’t feel as good and your appetite is not going to be as good. So according to David, the key to being able to maximize is getting enough sleep.

Does David Laid still get sore after his workouts? Should your body still be getting consistently sore after working out?

David suggests that once you stop getting sore at the gym, it means that your body has adapted to it. On the other hand, if you stay consistently sore when training, it is not a good sign and it means your body is not adapting. You could be using too much volume or not giving your body the time to recover. Once you get used to doing a certain workout, your body will adapt and not be sore anymore, according for David’s past experiences.

What is one piece of advice that David Laid would give himself if he could go back in time?

Although david would have a lot to say, if he had to pick just one thing to say, he would say something along the lines of “Don’t listen to anything anybody tells you.” Back then, David had the mindset of that if you received advice from somebody in amazing shape, they’re correct, but if you received advice from someone who’s very small, they’re wrong. Since David believes that this is a very bad mentality to have, he would tell his past self to just simply not listen to them. So before taking advice you should base it off the evidence behind it and just think for yourself.

What does David Laid think of Lee Norton’s fat program?

David has never personally looked at his program, but he is a big fan of Lee Norton. He believes that Lee is a very smart and intellectual person, and he very highly doubts that it is a bad program.

Has David Laid ever had a lack of passion, and how does he stay motivated?

David Laid does lose his motivation on occasion due to becoming a bit lazy over time. If this ever happens, you usually stops himself and asks himself why he is doing this and why is he trying. He then looks at all the variables he needs to make it happen and one of them is off. One of these variables could be sleep or nutrition or anything else in that range. David will then go and fix it to make it better and get his motivation back.

In David Laid’s opinion, which body parts take the longest amount of time to grow?

David says that how fast a certain muscle grows really depends on the individual and their genetics. After you find out which muscle groups take longer to grow on your person, then you could hit it harder and find more exercise to do for that group.

What was David Laid’s bench press -one rep max- when he started?

On the very first day David actually went to the gym and got his membership, he, of course, did not know very much about the bench press. So, he went max at only 95 pounds for his very first day starting out.

How many hours does David Laid sleep in day?

Although everyone is supposed to be getting eight hours of sleep at night, David sleeps around six or seven hours a day. If he is ever in the six-hour range, David will take a nap after school before he works out. But if he is in the seven hours, then he will just forget about taking a nap and get his workout done. 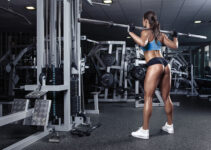 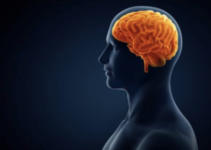 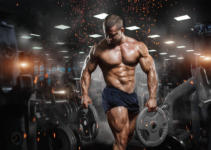 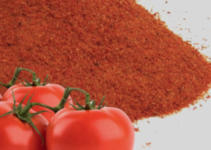