A lot has been said about SARMS , both good and bad. And still, people are wondering about these mysterious compounds.  Listen to those marketing the product and you’d believe they were a miraculous wonder drug.  And beyond those who have a vested interest in its sales, there aren’t too many people studying SARMS.  We took a little closer  (and objective) look at it and on the surface, it’s another alternative to steroids — like so many others. Even since steroids became classified as a Schedule 3 drug — putting them on par with narcotics (sic) profiteers have been attempting to come up with legal alternatives to appeal to the  bodybuilding public.  Back in the 90’s a supplement called “Hot Stuff”  was the first supplement that claimed to increase testosterone.  It didn’t. But it had a great marketing gimmick and was wildly popular. It combined exotic herbs and glands (including desiccated bulls testicles) into a protein powder and added a hefty dose of Yohimbe, which gave it a stimulating kick. Yohimbe, being a blood vacillator also had a positive effect on the quality of erections.  Put it all together and the recipient was feeling jacked up, with better sex. That in itself could seem like the result of increased testosterone. But it seems most of  “Hot Stuff’s” appeal was a mass, collective placebo effect.  Everyone simply wanted to believe it was special, therefore they did.  Once the hype ran its course and it was exposed for what it was, the hoopla died down.

This is what happens all so often when something is touted as the latest and greatest advancement. Remember DMSO?  It was a cure for EVERYTHING. Today, it’s pretty much regarded as useless. So does SARMS fall into this catagory?  Yes and no. They certainly are effective. The question is, are the effects equal to steroids in regard to risk to benefit ratio?  Pro-hormones were also thought to be a viable alternative to steroids.  When Pro-Hormones first hit the scene, anticipation was high.  But it didn’t take long before it became obvious that these compounds were pretty weak in replicating the muscle building effects of real steroids. And to make matters worse, they carried most of the same negative side effects of steroids. That was not a winning combination.  Over the years there were (supposed) improvements, one pretty much as bad as the next, until a new invention hit the market – the designer steroid.   These didn’t act as precursors to anabolic and androgenic receptors, instead, they were actual steroids that have been manipulated in a way that they were able to get in under the wire of being classified as a controlled substance.  They actually worked pretty well.  Unfortunately, these products have one major drawback.  Not only are they as liver toxic as 17AA oral steroids, they’ve been shown to be kidney toxic as well.  These risks should not be understated.  Liver and kidney problems often go undetected until severe damage has been inflicted.  Still, to many who did not want to go the route of dealing with the black market for steroids, they’re willing to take the risk since were the only choice.

That brings us to SARMS,  but unlike Pro hormones, Pro steroids or bogus supplements with exaggerated claims, they aren’t an imitation of steroids — they’re an  supposed improvement.  (Where have you heard that before?)

SARMS  (Selective Androgen Receptor Modulators )  are a unique class of androgen receptor molecules.  The intent is to have the same effects as steroids but are much more “selective” in their action – similar to testosterone but without the negative side effects, most notably prostate enlargement and possible carcinoma.  Another benefit is that no injection is required.  It comes in a minimally toxic oral form that has a half-life of 24 hours. The goal is to allow the customized response of entering muscle tissue that are the target of the therapy which in return will respond as they would to testosterone.  Other tissues where undesirable side effects (such as the prostate) are produced will not be affected. Or so they say.

To many researchers, scientist, pharmacologists and just about anyone familiar with anabolic enhancement, this is a huge leap in the area of anabolic/androgenic enhancement. Whereas pro-hormones were sort-of  like steroids, in that they create a facsimile some of the effects, SARMS delivers steroid-like results in a bigger way. Nevertheless, Pro-Hormones and Pro-Steroids are all based on a flawed principle – attempted to act similarly to steroids, yet avoid classification by altering some of the molecular structure.  That’s the problem.  Once you alter a molecule chain, it changes everything. And although some of the effects may remain, it’s essentially a fraudulent  version of what you’re attempting to replicate.  Pro-homones are actually discarded forms of steroids. The pharmaceutical companies deemed them so inferior they abandoned the technology.  It was this same technology that was resurrected for no other reason other than to get a drug on the market that could be sold as a supplement. SARMS is the opposite.  It isn’t an imitation.  It’s the next stage.  Then again, Deca Durabolin was meant to work like testosterone without the androgenic side effects.  Instead, it had a host of side effects on its own.  That’s the way it works with so much of this stuff.  Mother Nature isn’t faked out so easily.

For the record, there are quite a few SARMs on the market, and some are stronger than others — meaning they;re both more effective and have more side effects.  (That’s usually the way it goes).

The more popular ones are…

So what’s with the names?  And the numbers?

As it turns out, SARMs haven’t been approved for medical use, so pharmaceutical marketers haven’t bothered naming them yet. They just go by what the batch number was of a particular research test.

SARMS were developed for the same reasons as steroids – to prevent muscle wasting through increased nitrogen retention. The main difference is that instead of using the old technology on which all steroid are based, it incorporated state of the art discoveries.  The results were impressive– so much so that research has begun in the medical community in Europe and the results have been extremely positive.   Those more adventurous individuals have already begun incorporating SARMS for  muscle building purposes and Hormone Replacement. And it looked as if SARMS were here to stay.  But here’s the rub…

When something has not been approved by the FDA, that doesn’t mean it isn’t effective. (Just as FDA approval doesn’t mean it’s perfectly safe). But it does connect a question mark to its merit. There are things that are still unknown, and frankly, unusual. For example, in high dosages, steroids will simply do more of what is expected and side effects are increased, whereas with SARMS in high dosages, weird things start to happen, one being blurred vision. What is the connection?  Well, no one knows. Because these are research chemicals!  The only way to see them is to say that it is not for human consumption.  You pay your money and  you take your chances.

What is also an ironic twist to the SARMS saga is that, although the effects are supposedly “selective” in effective dosages they have the same potential risks as steroids, including hair loss, hypertension, gynecomastia and suppression of natural testosterone. So, in a way, we’re right back to where we started. It’s less effective alternative to steroids with all the potential side effects.

That leads us back to supplements. Though supplements have improved dramatically over the last 10 years or so, there are still many unfounded claims when it comes to increasing testosterone levels. Except in one case.  UNLEASHED.

UNLEASHED is the one proven testosterone elevator and with good reason. It doesn’t work anything like steroids. Instead, it lowers SHBG, which in turn allows more of your natural testosterone to become bio-available.   Your testosterone levels go up and there’s no suppression.  It’s almost as effective as SARMS except that it’s 100% side effect free.

So it seems you have three choices —  either use steroids and be as careful as you can, or go with SARMS, which haven’t been approved for human use and take the risks that come along with that — or, play it safe and get the effect of more testosterone by using UNLEASHED.  Everything else is pretty much a waste of time and money.   And at least with UNLEASHED, you can use it along with Steroids or SARMS to increase their effectiveness with no added risk. And that’s as good of a deal as you’ll ever find. 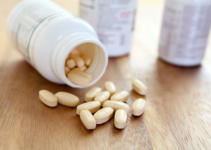 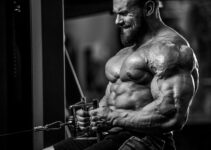