There is no doubt about it that Tony Sentmanat is a monster. He’s big, strong and has got everything going for him in life. But how did he get to that point. The once soldier turned bodybuilder is a story that is awesome to hear and the stories that he shares are even greater.

Tony Sentmanat is a Marine Corps veteran and former SWAT Operator from Miami, Florida. He’s known for his exceptional real-life combat knowledge and expertise, along with extensive experience in nutrition, weight training, and mixed martial arts. Tony is also a consulting business owner, where he teaches combat, fitness, and lifestyle advice.

Nowadays, Tony Sentmanat uses his example to show others that through perseverance, hard work, and commitment, anything is possible – this is his story:

Born and raised in Miami, Florida, Tony Sentamant enlisted in the Marines after he got out of high school. During his time in the Marines, Tony learned all the necessary skills to become resilient, strong, and successful in life – building a solid foundation for his later endeavors.

After finishing his service in the Army, Tony began working as a State Correctional Officer. Shortly after, he changed his career path to become a Law Enforcement Officer, and later, a SWAT Operator.

It was during his time in SWAT when Tony gained most of his knowledge and experience in ‘real-world’ combat, tactical operations, and undercover surveillance. As a SWAT operator, Tony was involved in nearly 700 real-world operations, including working with Federal Agencies from across America on numerous cases.

Every single day when he was in the Amry and the SWAT he had to train every day. And soon into it he realized his love and the thrill of lifting big weights. As he said; “At the age of 17 when I started weightlifting, I realized how much I loved training in the gym and pushing myself to become stronger.” As the years went by, Tony’s passion for weightlifting grew stronger and stronger.

Throughout the years, Tony grew his business – helping an immense number of people with his unique weightlifting and real-life combat advice.

From there, he went a step further to open video blogs, using the online platform to reach an even greater number of people.

By 2017, Tony became a social media star. His unique knowledge and experience in real-world combat scenarios, as well as weightlifting, allowed him to live out his lifelong dream of starting his own business. He’s since grown this venture to an extent he never thought was possible.

Tony Sentmanat Q and A

These questions are for Tony Sentmanat and these are his answers to those questions.

What’s the ultimate goal for your physical fitness

His goal has always been as a person is to be in the best shape that his body can be in.

What are your views on overtraining

You put our guys through the wringer today, we had a cross fitter in here today a strong man athlete and also a powerlifter/ bodybuilder and those guys went through he thinks three or four different movements and they did like about four different rounds of those movements. I mean that was just day one that was kind of more like a YouTube-type video. We’re just trying to annihilate him just to kind of showcase your style of training and stuff.

Well, you would get your regular bodybuilding. If you’re a bodybuilder and you train five days a week. One would take one day or two days out of your bodybuilding. Double up your muscle groups resume. Or you might do like you there are you know background back in the arms or whatever you want. You do it like that and then use that day as your integration day.

He is a hardcore believer of the Second Amendment he believes everybody if you know if the country is giving you your right to bear arms then you should be able to bear arms.

A large percentage of the people that come to you that learn how to shoot from their instructor. A lot of them don’t even know they had these really expensive and that expensive equipment expensive guns they don’t even touch on.A lot of guys. They collect guns or they spend all this money on guns.

Two or three years. He always asks, what was the purpose of a woman owning all these guns. Gun is a tool. Some people are collectors which he understands that it’s a hobby. But if you’re going to own something that is a tool and you should become proficient with it you want a hammer or carpentry. Not to use a hammer right. So same thing with a gun. I’m a firm believer that if you’re capable of owning a gun and you’re not a criminal then only to be honest. You know to defend your family and yourself.

Tony Sentmanat’s lifelong commitment to martial arts, real-life combat training, along with bodybuilding is a combination that makes him stand out from the rest. His unique approach to life has allowed him to grow a highly successful business, ever since he started it in 2014.

What Tony’s story teaches us, is there’s no goal that’s too big. In the end, it all comes down to your mindset – if you believe you can achieve something, and put in the work to get there, then your chances of leading a successful life will be much higher.

As Tony Sentmanat says; “There is no easy way. No secrets. Just hard work, passion, dedication, and consistency. Even when you don’t want to, you must put in the work.” Make sure you train hard and get your protein powder. 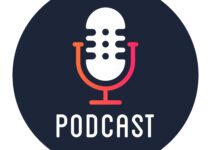 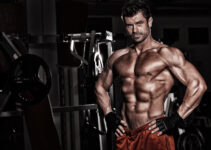 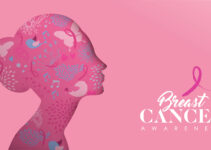 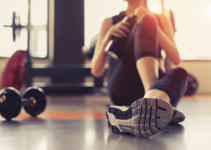 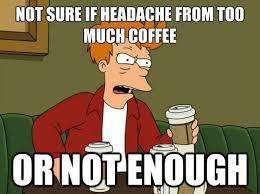