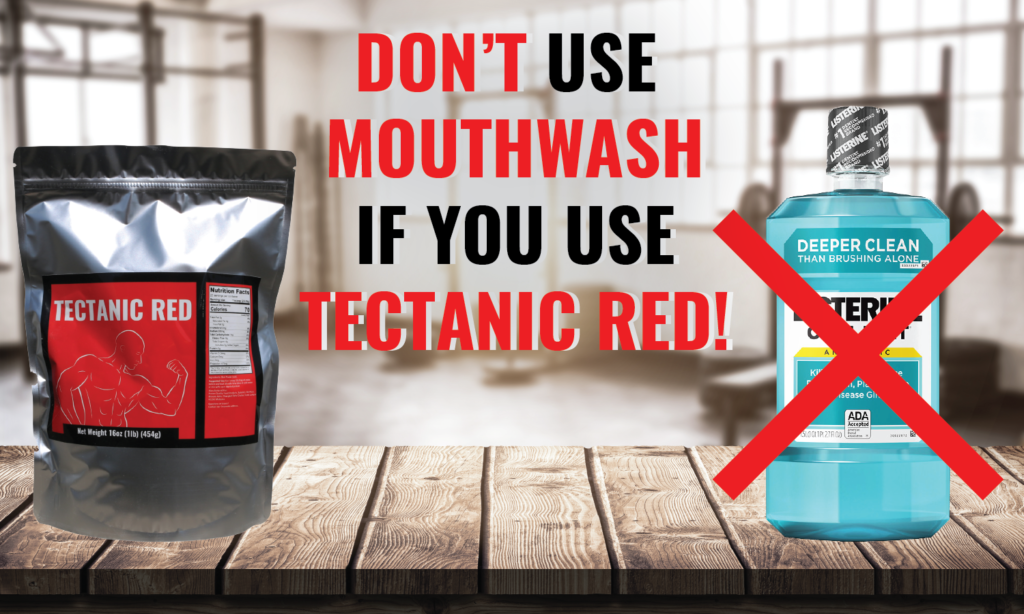 If you are using mouthwash, you might want to think twice about it if you are an athlete, bodybuilder, or just a normal guy looking to get a better pump in the gym.

Tectanic Red is our pre workout powder that contains 25X more inorganic nitrates than regular beetroot powder.  It truly is a “designer” beetroot powder made for sports nutrition and getting a better pump, as opposed to just plain old beetroot powder or juice.  Not only that but it’s the  1st fresh beetroot concentrate powder to be standardized for 1.5%-2.75% natural nitrate. It is completely water soluble with lovely red color and pleasant taste.  Tectanic Red is free from nitrites and synthetic nitrates.

However, you must know this about Tectanic Red.  Do NOT use mouthwash if you are using it.  You see in order for the nitrates to get absorbed, the body uses bacteria in your mouth.  Mouthwash contains the chemical benzoic acid.  The most popular mouthwash Listerine does indeed contain it.  As you can see below, it is listed in the ingredients, along with a bunch of other chemicals that are totally bad for your health.  Green #3 supposedly causes bladder cancer..fun!! 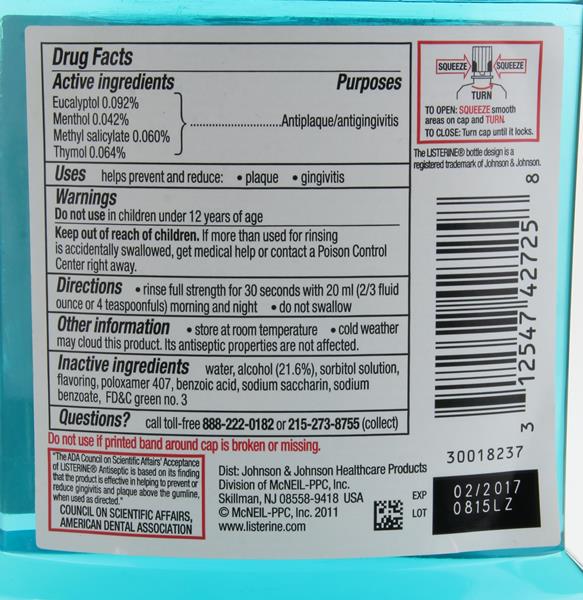 This not only goes for Tectanic Red, but for really any vegetable that you eat or drink or supplement that you may use.  If you are trying to get a better pump by using inorganic nitrates, which I feel is the best way to increase your pump, you want to stop using mouthwash.  Here is the study how it was proven that the acid found in common mouthwash products hampers nitrate absorption..pretty much killing it altogether.

“In conclusion, dietary nitrate acutely increases the circulating levels of nitrite in a process that is heavily dependent on oral bacteria,” the Swedes summarised.  “Removal of oral bacteria with an antibacterial mouthwash markedly attenuates systemic nitrite formation thereby disturbing the nitrate-nitrite-NO pathway.”

So if you have purchased my Tectanic Red and were using mouthwash at the same time you were basically pissing your money away.  The good news is that now you know and if you have any Tectanic Red, you can be sure this is how to get it to “work”. 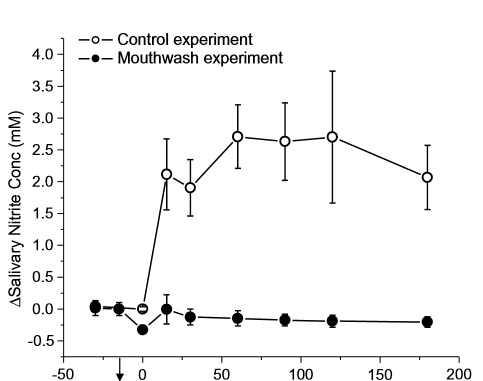 You May Want To Think Twice About Using Norvaline

The supplement industry does ZERO research when it comes to developing new products and conducting safety research.  DMAA is a classic example.  If it sells, they will sell it regardless of whether or not they know it is safe.  A study was just released that shows the amino acid norvaline kills brain cells.  Uh-oh.  Tons of supplement companies right now are using norvaline in their products.  In fact, a ton of pre workout supplements use norvaline that are sold at most major online stores.    It is quite disturbing really.  Without question, the research proved norvaline caused cell death.   I recommend that you do not use norvaline.

Here is the study. 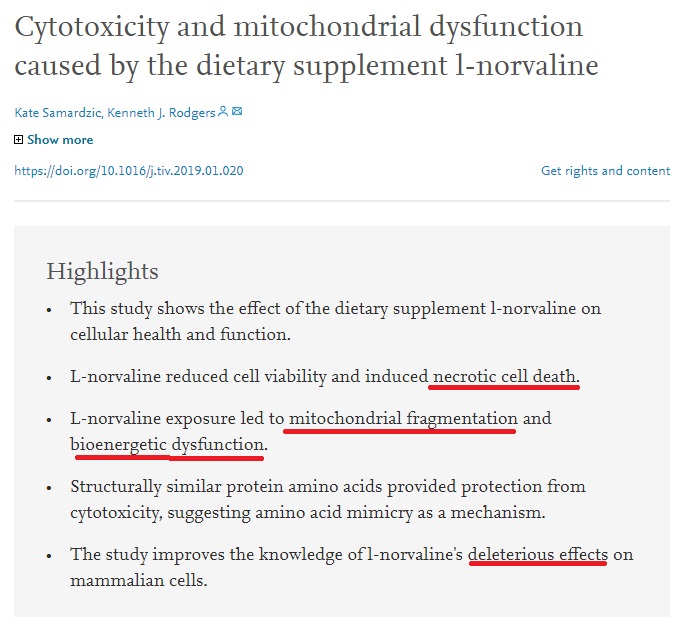 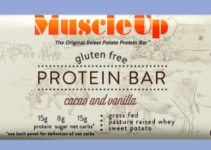 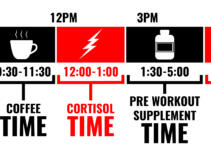 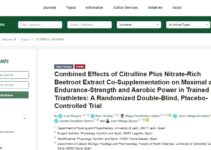 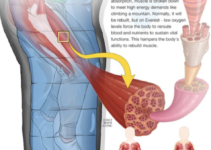