In this podcast, I address what type of carb powders to use to reach your certain goals.

Hey, what’s up, everybody? Alex Rogers from proteinfactory.com, talking about carbs and which carbs to use for cutting and how to use them and whatnot, because I carry a bunch of carbs on my website, carry the Oatmuscle, Raw Honey, Mod 6 and Rilose, and each one is just … I’m telling you, they’re just as complex as protein powders, believe it or not. I mean, I wouldn’t say in the manufacturing of them, but on how to use them and things like that.

So, first of all, carbs for cutting. So, back in the day, carbs were just thought of as an evil. Get rid of your carbs, and low carb, this keto, blah, blah, blah. But I really think as bodybuilders, and if you’re trying to maintain that muscle mass, you really do need carbs combined with that protein. I mean, unless you’re overweight or you’re an endomorph, make sure what type of body type you are. It’s important to combine carbs with protein.

I just think that the body … Over the years, I know that the body doesn’t like muscle mass. The more muscle mass on your frame, the more energy it takes for you to survive. And the body just cares about one thing, and that’s survival. That’s why it’s always breaking down muscle mass. That’s why as soon, as you stop training, literally … I mean, you’ll spend a year training two years, three years, I don’t care how long you stop lifting, you stop training. How fast do you lose strength and muscle? It’s like a month, two months, boom, your strength is gone and you’re just like, “What the heck?” Especially if you get sick. If get sick, forget about it. I mean, it seems like all your gains evaporate.

But on the positive note, as soon as you get back into it, the gains come quickly again. So, that’s good and that’s muscle memory. There’s a theory behind that, and I like it, I think it’s there. I think it’s a thing, muscle theory.

But anyway, getting back to the carbs. So yeah, the first is body type. I mean, you got to know what type of body type you are, whether it’s endomorph, mesomorph, ectomorph. I mean, I’m an ectomorph, so I’ve always relied on carbs like Rilose, which is a high GI, sugar carb, Oatmuscle. Oatmuscle is the go-to. Oatmuscle is like the middle of the road. That’s a medium GI rating. And then Raw Honey of course is almost like a must for me now. I mean, raw honey is just … Ever since I’ve been using Raw Honey, I just feel better. I recover quicker. I’m less sick, especially Raw Honey and Oatmuscle ever since COVID. And I highlighted those to boost the immune system, those are just great products.

But anyway, so let’s get into it then. So I guess we could start out with cutting. So obviously, if you’re cutting, you want to reduce the calories. You want to consume foods that have little or no impact on your insulin level. So, that’s going to be anything without any sugar. So, the number one choice is going to be Mod 6. Mod 6 is just a grain carb, contains six different grains. I’ve been selling it for years now. Great product. Keep in mind that there’s no sweetness to it. So, when there’s no sweetness to it’s not going to taste very good. It’s just a bland taste. But to add to a protein powder, it’s very easy to flavor. I mean, it’s a dream. You add this to Muscle Shake or to micellar casein, and then you add your flavoring system to it, whether it’s blueberries, bananas, even greens.

If you’re really into cutting, forget the bananas. Just add greens to it and blend it all up in there. And you got yourself a great cutting shake. Add oligonol, add some Capsimax. I mean, talking about a great stack right there, for an MRP or meal replacement and even flax oil. Flex oil’s okay, I’m starting to lean away from flax oil. I like hemp oil a lot better. Forget about MCT. Please don’t get on the MCT bandwagon, fad product. I mean, that thing’s been selling since literally the early ’80s and it got resurrected from this coffee bullshit thing. Who did that again? I forgot his name. Bulletproof Coffee. Bulletproof Coffee is like, “Oh, MCT. Oh, it’s a new thing.” Hello. It’s been around since like 1983. Nothing special, okay?

So, hemp oil. Hemp oil is, my opinion, the best dietary oil right now. Until I come out with my oil that I want to come out with, hemp is going to be great. Okay, so for cutting, Mod 6 is going to be your choice. You could lean to the Oatmuscle, but we’re talking the best here, Mod 6. So, now just general maintenance and general muscle gain, you got to go with the Oatmuscle and I guess you can combine the Raw Honey. Okay, so Oatmuscle, Raw Honey, either one or the other’s fine. Both have medium GI ratings. Where the Mod 6, because there’s no sugar in it, the GI is probably less than 10, I would assume.

Oatmuscle, I tested it one time probably like 10 years ago. I think it came in around 42, I believe, 43. Raw Honey, probably the same thing. And then of course, both of them have sweetness to it and they are just phenomenal to add to your protein shakes. And then that’s the other thing, is the ratio. There’s a theory with ratio as well, how much? How much Mod 6? If you’re cutting, how much Mod 6 do you use to for protein? Is it one to one, two to one, three to one, four to one. I’ve seen research from long time ago, the NCAA came out with a study, four to one ratio. They just used, I think they used just maltodextrin and WPC. They did a four to one ratio, and that was optimal for recovery and to increase muscle protein synthesis.

So, then for bulking, if you just want to seriously just gain muscle, gain strength the best you can, you’re not really concerned about body fat. I would combine Rilose in there as well. Rilose is a sugar, so it’s going to be a high GI carb. GI on that is probably 90 plus, for sure.

And then how much you add to that? Again, it’s up to you. Now remember, I call it a powerful carb because it does have a major impact on your insulin. So, I wouldn’t go more than two to one ratio. I mean, four to one is absolutely crazy. I mean, you’re talking like 80 grams of Rilose, 20 grams of protein. Nah, that’s just too much. I’d rather go like 20 or let’s say 30 grams of protein, 30 grams of Rilose and a few tablespoons of Raw Honey, or quarter cup or two tablespoons of Oatmuscle. I would do something like that.

All right, so that’s pretty much it. Quick podcast. Not too much detail going into the carbs, but that’s pretty much the gist of it. If you have any questions about them, feel free to text me. 732-901-9600. And what else while I’m at it? Oh, the good news, the good news. Bio-Serum 1 production is complete. I say it again. Production is complete. So, we are talking probably less than 60 days right now, until Bio-Serum 1 is back in stock. 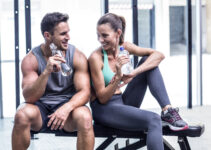 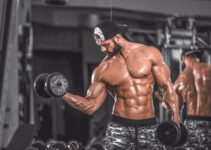