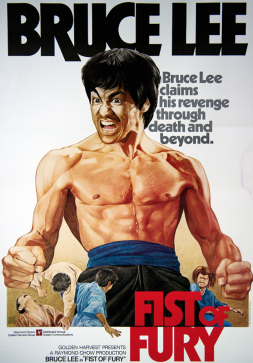 Bruce Lee was one of the greatest movie stars of the 20th century. He was also the most famous martial artist ever, producing amazing feats of strength and power that made his opponents run for their lives. But more than that, Bruce Lee was a huge inspiration for millions of people, both in East and West, to start training and taking care of their diets, in a time when training and dieting weren’t very popular.

Bruce Lee had the ability and knowledge to always be super shredded, carrying below 5% bodyfat, while at the same time having a good amount of hard, well-proportioned muscle mass. Many people saw his physique as the manifestation of discipline, health and proper utilization of resources, without allowing any nutrients to go to waste. Aside from great training methods that combined martial arts, weightlifting, stretching, and bodyweight workouts, Bruce Lee also took a lot of time and effort to develop the best diet to create his rock-hard body. Bruce Lee diet has therefore caught the attention of many who wish to attain the same results.

In this article you will learn all the important features of the Bruce Lee diet so that you as well can get the results attained by this well renowned martial artist.

The West Meets The East

What Bruce Lee didn’t like about the Western cuisine is that it put too much emphasis on fat and protein, whereas the diet he pursued in China was rich with carbohydrates. He also didnt like dairy, as he believed it caused digestive issues and skin problems, but he did use dairy products sparingly due to their protein content. He also thought that the way food was prepared in the US was too blend, preferring the Chinese use of spices more.

However, what Bruce Lee liked about the Western diet was the use of lean meat and fish, as well as juicing, and protein shakes. His diet was a moderate mixture of protein and carbs, with a below moderate intake of fats. He liked simple meal combinations of meat, rice and vegetables. He was also very fond of organ meat, like liver, but also a good old-fashioned steak.

The main rule of the Bruce Lee diet is to avoid empty calories. Bruce Lee believed that every piece of food we eat should serve a healthy purpose in the body. Therefore he avoided refined flour, processed foods, and generally anything that he felt wouldn’t be properly utilized. He was able to be in top shape throughout the year mostly because he was very strict about eating a clean diet year round, and avoiding binge eating on fast food, cakes and unnecessary sugars in general. Instead of eating processed carbohydrates, he ate brown rice, wholewheat cereal, buckwheat, and other complex carbohydrates.

Similar to a good bodybuilding diet, Bruce Lee diet is also about eating smaller, well-proportioned meals every 4-5 hours, rather than eating a whole bunch of calories at once. There are a few reasons Bruce Lee adhered to this rule. First of all, he felt that eating smaller meals was better for the digestive system, as eating huge meals overburdens it, causing bloating and indigestion. Further more, this indigestion causes lethargy and impedes training performance. Bruce Lee didn’t want his stomach to expand and to lose the V-shape, tight midsection that made his physique stand out. However, he also felt that eating more frequently than every 4-5 hours was not good as well, as it didn’t allow the food from the previous meal to be digested fully. His everyday diet usually consisted of 3 moderately-sized meals, and 2 snacks in between.

When it comes to protein, Bruce Lee was certainly ahead of his time. He enjoyed protein drinks all the time, as they allowed him to put on more muscle mass and maintain it while being lean. He made all sorts of protein drinks, by mixing natural foods that were full of protein, vitamins and minerals. In his protein drink he most frequently used a mix of:

Non-instant powdered milk – because he didn’t like dairy, and supposedly it contains more calcium than other powdered milk products.  In addition you can use Micellar casein protein powder as powdered milk.

Lecithin, in granular form – an antioxidant and also a key building block of cell membranes

Brewers yeast – packed with B vitamin, improves absorption of carbohydrates and their use for energy

He would blend all of these ingredients in a food blender. Bruce Lee also suggested adding milk and cream if this shake was consumed after a workout, to add more protein and also improve flavour.

Another way in which Bruce Lee was a pioneer. Juicing was not that popular in the 60s and 70s, but Bruce realized that it had very impressive health and performance benefits. Juicing allows the body to absorb the nutrients much more easily, because they are more easily digested without the fiber content.

The other benefit of juicing was that it allowed him to consume more raw vegetables and fruit. This is the main way he ate his carbohydrates, because he realized that fruit and veggies had the most vitamins and minerals out of all carbohydrate sources, while also having the least amount of calories. They are also packed with enzymes in their raw form, which is why he preferred to use a juicer or blender rather than cook them.

He mixed all types of fruits and veggies, but his main ingredient was carrots. He would use half carrots, and the other half would be a combination of green vegetables and fruit. He used this combination because of the taste, and also because of the nutrient value of natural carrot juice, which is packed with vitamin A, digestive enzymes and antioxidants.

Another powerful ingredient of the Bruce Lee diet is honey. Bruce Lee consumed Royal Jelly, which is a small drink that has a huge nutrient value. It consists of a vitamin B complex, vitamin C, some enzymes, acetylcholine and also 18 different amino acids. It also has potent antibacterial components that aid in maintaining the health of the digestive system.

Ginseng on the other hand, is a popular Chinese beverage, often used in Traditional Chinese medicine for many purposes. It is tough to raise the Yang energy, which is referred to as vitalizing, and stimulating for the body, increasing productiveness and alertness. It is also used as a pre-meditation drink because it reduces anxiety and allows one to focus on a single task.

1 Day On The Bruce Lee Diet

So with what we know so far, what would a reconstructed day of eating for Bruce Lee consist of? Although he didn’t provide any sample meal plan during his life, by the information that we do have, this might be somewhat similar to the real deal:

As you can see, the Bruce Lee diet doesn’t consist in a lot of calories, and the main point is to focus on quality, and content of the food rather on eating a huge amount of empty calories. By doing so, Bruce Lee was always ready to engage in any activity that required his maximum concentration and effort.

But that is not everything. Bruce Lee also used quite a few supplements following this dietary approach. Supplements are perfect for the Bruce Lee diet because they allow exactly that – to improve quality over quantity, intaking less calories but getting the maximum benefits from the ingredients. These are the supplements that Bruce Lee used on a regular basis:

Magnesium is one of the essential minerals for the human body. It relaxes the muscle, relieves anxiety, improves sleep and also gets rid of water retention. It’s a perfect supplement for a minimalistic Bruce Lee dietary approach.

As already mentioned, Inositol is found in many foods, especially high bran-based cereals. However, it’s best absorbed in the supplement form. It aids in cell membranes health, and it’s great for eyes, intestinal health, and for improving cognitive functions.

Improves physical performance, is a building block of the cell membranes and is also a powerful antioxidant.

A great supplement that combines vitamin C, minerals and a wide range of potent vitamins and antioxidants. It also fights inflammation in the muscle, aiding in recovery from workouts.

Bruce Lee often used this oil in his protein shakes. It is rich with omega-3 fatty acids and Vitamin E. The most important ingredient however is octacosanol, which improves physical performance and recovery from workouts.

Acerola-C is derived from a small plant that originates in the West Indies. It is one of the richest sources of vitamin C and also contains vitamin A, thiamine, riboflavin, niacin, calcium, and iron. It is also a great source of bioflavonoids which have strong antibacterial properties

The Bruce Lee diet has been used by many people to achieve results similar to those of Bruce Lee. It works in creating the body that is both athletic, highly functional and super shredded as well. It’s designed to preserve muscle mass even while training everyday, doing cardio weightlifting and doing martial arts. All of these reasons make this knowledge a powerful gift to us all by the one and only Bruce Lee. 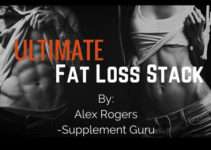 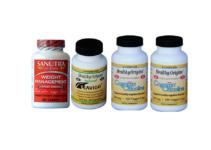