Dark Energy pre workout is a controversial powder being sold as a research product, not a dietary supplement. Its popularity is growing amongst people that workout because it contains an ingredient called DMAA. I will discuss in this article this new powder that is making a big comeback with bodybuilders and athletes.

Back in the day, about 15 years ago, a product called Jack3d hit the market, and it became one of the best selling supplements in history. Why? Because it contained an ingredient called DMAA, which is short for 1,3-dimethylamylamine. Nobody ever heard of this ingredient, nor was it being used by any company manufacturing and distributing supplements. Jack3d was the first on the market. DMAA is a powerful stimulant. It is an amphetamine. It is more potent than caffeine. Once in circulation, consumers were using DMAA and found the stimulation effects extremely satisfactory, and preferred it over caffeine. But because it was a powerful amphetamine, some people experiencing severe side effects, and some people even believed it caused a few deaths. This promoted the FDA to get involved. They determined that DMAA was not a dietary supplement ingredient, and Jack3d was yanked from the shells. The FDA marshalls went to the warehouses where Jack3d was being kept and seized about 8 million dollars worth of product. The FDA then ruled that DMAA was illegal to use in dietary supplements.

Fast forward about 15 years later, and a new product has hit the market called Dark Energy Pre Workout. Dark Energy contains DMAA, and it is sold in about five different flavors. But the question must be asked, if DMAA is illegal to use in dietary supplements, how is it being sold?

How To Buy DARK ENERGY

As of right now, the best place to buy Dark Energy is on ebay.

What is Dark Energy Pre Workout?

Dark Energy Pre Workout is what I like to call a grey market product. It is not a dietary supplement. The product is made by a company called Magnitude Life Sciences. There is no information on their website and them or anything about their company. The only thing that is listed on their website is their phone number and an address in Houston, Texas.

According to the packaging of Dark Energy Pre Workout, it contains the following ingredients listed in the “Research Panel.”

Dark Energy used 6,000 mg, which is the standard dose that a bodybuilder would use if they were to supplement with citrulline malate.

Beta-Alanine is another dietary supplement ingredient that is commonly used in pre-workout supplements. Similar to the citrulline malate, Dark Energy Pre Workout contains the dose commonly used in nutritional supplements for sports nutrition. Beta-alanine helps increase energy to the muscle and is beneficial for an athlete to consume before training. Numerous studies have shown this to be true. One of the most popular brands of beta-alanine is Carnosine.

Taurine is an amino acid that has been commonly used to help focus. In my opinion, I never liked free form amino acids for supplementation. Dark Energy has 2,000 mg, which may or may not be effective. I think it has little impact on this product, and it could have probably left it out.

DMAE (dimethylaminoethanol) is a common dietary supplement marketed to help support one mood and thoughts. The body naturally makes it, and it is found in foods such as fish. Dark Energy contains 750 mg.

Dark Energy pre-workout contains a massive dose of 400 mg of caffeine. Four hundred milligrams of caffeine is very similar to drinking two and a half cans of Monster Energy drink or five cans of Red Bull at one time. For the person that has never used caffeine before, it is going to result in some severe effects. Effects such as shaking, jitters, nervousness, significant loss of appetite, mood swings, and irritability, Then when the caffeine wears off a massive crash.

DMHA is similar to DMAA, but supposedly not as strong. According to the FDA, DMHA is not a dietary supplement and should not be used in them. The FDA has sent warning letters to several supplement companies in the past warning them not to distribute DMHA containing supplements. Dark Energy contains 200mg of DMHA.

The main ingredient in Dark Energy is DMAA. This is the ingredient that made Jack3d so famous. DMAA is a highly potent chemical amphetamine. It is more potent than caffeine and causes a more significant stimulatory effect. The FDA is determined not to let DMAA be distributed as a dietary supplement. As of writing this article, DMAA is not being sold as a dietary supplement by any supplement company. Regarding legalities related to DMAA, the latest news is that a supplement manufacturer called Hi-Tech pharmaceuticals is battling the FDA in Court. In the late summer of 2019, the FDA won an appeal, but Hi-Tech pharmaceuticals are appealing the appeal. Therefore one can assume that Hi-Tech is never going to give up, but neither is the FDA.

DMAA is a powerful amphetamine that can trigger the body to reduce body fat by supposedly increasing thermogenesis. But I have yet to find any studies proving that.

The side effects associated with DMAA are controversial and debatable. I have found studies proving both. Here is a study that showed DMAA had zero effect on body temperate, heart rate, or blood pressure.

Should You Use Dark Energy?

I think one would have to be a serious amphetamine consumer to use Dark Energy. If one has never used substances like caffeine or DMAA, I would not recommend Dark Energy. If one does consume coffee and other energy drinks like Monster, then one could consume Dark Energy if they are looking for a more potent stimulant. One has to be very careful when consuming this product because it contains a massive dose of caffeine along with caffeine. The original Jack3d did contain both of these ingredients, but the formula was proprietary; therefore, one does not know how many milligrams of each it contained.

I have found a couple of places where one can buy Dark Energy. The best place is Ebay. The prices range from $30 to $60 depending on who is selling it. Dark Energy comes in orange, purple, rocket, blast, and tropical.

Typically supplement companies will use contract packagers to make their products. Only a handful of supplement companies have the ability to manufacturer their own supplements. Optimum Nutrition, Dymatize, and Bipro Nutritionals are a few that do. The problem with Dark Energy is that because it contains DMAA, legitimate contract packagers are not going to manufacture this product. The reason is because of contract packagers are inspected by the FDA and if the FDA was to find a contract packager making supplements with DMAA, they would be found in violation of the CFR 111’s and could possibly face serious consequences and fines. That being said, it could be safe to assume that Dark Energy pre-workout is made in an underground manufacturing facility that is not subject to FDA inspection. And because of this, I have to question the quality of manufacturing. The main that concerns me the most is that the ingredients in Dark Energy pre-workout are very powerful. The caffeine and the DMAA need to be spot on when it comes to making sure the blending and measuring are accurate. One thing I would like to see done is final testing to ensure the strength level of each ingredient. I have personally inspected bottles of Dark Energy, and I did not see any lot numbers on the product. I think Magnitude life sciences should begin to produce 3rd party lab tests on their finished product to ensure the accuracy of their manufacturing. I don’t really have too many issues with it being produced in an underground lab, but since the product contains several ingredients in milligram dosages, it needs to be 3rd party tested. The difference between 100mg and 50mg is tremendous, and inaccurate blending can cause this.

I don’t like amphetamines because, without question, they force the body to release cortisol, which is a very powerful catabolic hormone. That is the exact opposite of what I and many of my customers are trying to do…be ANABOLIC!! It is hard enough trying to gain muscle. Why would anyone want to take a substance that is going to cause a cortisol release in the body? Therefore over the years, I have come out with a few “pre workout” products like Tectanic Red, which is one of the best “pump” products on the market, and Dam’d, a D-Ribose based supplement.

But if you are still hard up on wanting an product that will really get your wired, get these two below.

Magnitude Life Sciences, the company that seems to manufacture Dark Energy Pre Workout, according to officialdarkenergy.com sells the product, not as a dietary supplement but a “research product.” I assume that they know that DMAA is illegal to use in a dietary supplement, therefore calling it a research product and even going as far as putting on the label, “not for human consumption is a way to circumnavigate the legalities. Whether this is going to fly with the FDA is unknown. In my opinion, Dark Energy Pre Workout will be available to purchase until someone complains to the FDA. The FDA will then take the necessary steps to remove the product for sale. Labeling the product, not for human consumption, is just a guess made by Magnitude Life Sciences that this will keep them out of trouble. However, once the FDA gets wind of this product, it will almost certainly vanish from commerce. Therefore if one likes the product, I would advise to stock up because I give it about a 1-year maximum life span.

In conclusion, if one is looking for a powerful amphetamine, Dark Energy will surely deliver. But one must be very careful because some people did experience severe side effects from DMAA use in the past when Jack3d was still being sold. Personally, I would not use Dark Energy simply because I am not a fan of amphetamines. I do not consume caffeine on a regular basis, as I feel it is a powerful drug that releases cortisol in the body. I do not use pre-workout supplements with caffeine either. I think it is counterproductive. I have written about this numerous times in the past about how caffeine is not a muscle-building product. DMAA is also not a muscle-building product. It is merely a potent stimulant. If one is looking to increase muscle mass, skip the amphetamines, and instead spend your money on high-quality protein powder. 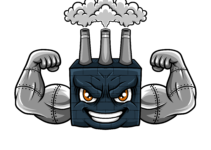 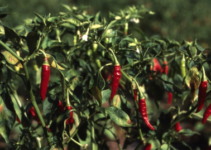 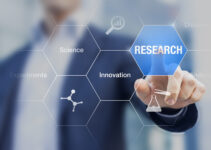 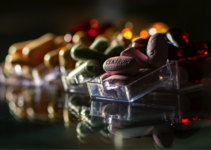