For years, we’ve all been hearing various opinions of how much protein is needed for optimum muscle growth.  Unfortunately, any number would be at best, an estimate, and even more likely, a guess.

There’s also been a lot of speculation regarding how much protein can be absorbed in a single sitting.  The consensus seems to be 200-300 grams a day total protein per day is best.  And only 25 grams can be absorbed within a 30 minute period.  This has been the unproven gauge for as long as one can remember, but there much evidence to disagree with it.  There’s a way, however,  to make the most of these numbers than most bodybuilders seem to miss.

It actually doesn’t take much protein to put on muscle.  An ounce of protein, IN THEORY, will put on close to an ounce of muscle.  So why do we need to eat pounds of protein a day when the most we can hope for in a fraction of an ounce?  The reason isn’t so much the total amount, but the TIME in which the protein is absorbed.  That doesn’t have to do with any specific time.  It’s the CONSISTANCY of protein intake.   That’s the key.

[wpsharely]The body only needs about 60 gram of protein a day to function just fine.  But in the case of muscles, they will draw upon the existing aminos in the digestive track at all times. This is why it’s necessary to eat a LOT of it.  The problem however is WHEN the protein is available. In other words, if you have 50 gram of protein passing through your intestines, they will still only be able to absorb a few grams.  The rest will be waste.  This is why eating smaller meals throughout the day is better than eating 3 big meals.  But even 6 smaller meals will leave gaps in the need for protein.  At some point, it gets a little ridiculous to constantly eat.   And it starts to add up in terms of calories.  You can be a total fanatic and carry around a tub of tuna fish packed in water and nibble it throughout the day but that is just too insane fro most people with a life.  So that leaves us with 2 other options.

One, of course, is steroids.  Steroids re-circulate nitrogen providing around the clock amino acids availability.  This allows the muscles to draw the protein at all times whenever it’s needed.  The result is no surprise.  Bigger muscles!

Oral steroids go one step further by preventing the liver from breaking down the drug. This makes many orals, mg per mg, more powerful than injectable steroids.  But beyond the additional strain on the liver, it places some strain on the kidneys to remove the excess toxins that the liver can’t handle.  This is an overlooked concern.  At any rate, it may not be the best choice, health wise, but in terms of growing bigger, they work very well!

A third option is one that is less known.  It’s the use of injectable amino acids.  This is actually a very elegant approach in that it does essentially what steroids do but with no “drug” involved.  Injected protein will stay in the bloodstream for hours and provide a steady flood of nitrogen.  This was a popular method used by many bodybuilders in the 60’s and 70’s – usually form a veterinarian source which had suspect purity.

The reason injectable aminos never caught on beyond the pro ranks is both the availability and the cost – between $5-$10 an injection and  daily injections were needed, sometimes twice a day.  At that rate, most guys would just use steroids.

For these reason some guys carry a bottle of amino acid caps and BCAA’s in my gym bag.  It’s a simple way to get aminos in between meals.  But they’re both expensive and limited.  There has been an upgrade in this method though and it’s brand new.

Protein grows muscle.  But it comes down to having it available at all times.  Even if you’re using steroids, it’s bet to take in enough and often.  After all, steroids still need the nitrogen in order to have any effect.  So make sure you get enough protein, no matter HOW you get it.  And don’t leave gaps where you go too long without it. 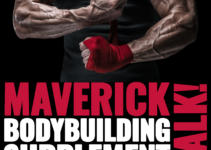 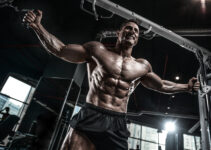 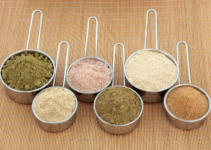 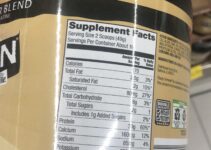