Josef Rakich is a bodybuilder, personal trainer and social media star from New Zealand. He made a name for himself and strives to help people out in their fitness career.

Growing up, Josef Rakich was the skinniest kid in school and always avoided weight training classes during Gym Class. As he grew older, his passion for weightlifting was sparked in his late teens, when he made use of a free 2-month gym subscription.

And to this day Josef Rakich has a huge fan base on social media. He is looking for more clients for his personal in-person gym training. He loves to work out so when he is not working on his muscles he is working on his looks, Keep reading to learn about his personal life and some question to him at the end.

Growing up in New Zealand, Josef Rakich was always very active and played a variety of sports. He played soccer for about 11 years – scoring goals for teams in the 1st Division and the New Zealand Premier League.

Another of his favorite sports during this period was skating. He performed at a professional level in the sport, but gave it up as he was receiving too many injuries on a regular basis. He suffered from internal bleeding in his knee cap, as well as many serious lower body sprains.

He says that the first time he saw a weight, was when he received 2kg dumbbells at a childhood birthday party. Josef didn’t really like the gift, and he used both dumbbells as a doorstop for his bedroom.

At school he says that there was a weight training class as part of his P.E classes. He used to hate the class because he was the skinniest person there, and didn’t like being the weak person there.

Josef Rakich only really became interested in bodybuilding when he was in his teens. His mother won a free 2-month gym pass, which she gave to him when he was 17.

He went down to the gym with his friends from school who trained there, and they trained biceps and chest everyday. He had no idea about bodybuilding technique at this stage, but he loved working out.

As time went on, Josef Rakich noticed that he was improving his physique rapidly, so took a keen interest in the sport- reading books and watching as many videos as possible.

When the 2-week free trial expired, Josef decided to join the gym and sign up for a subscription. After many months of teaching himself the basics, he developed a real love for bodybuilding.

This passion for the sport allowed him to really immerse himself in the lifestyle. He continued to work out hard – upping his personal best every month.

As the years passed, Josef created an enviable physique and built a high-level training routine. He loved working out so much, that he decided he would try and help others to build their best physique.

He studied for a personal training qualification at his local college, and immediately began to find clients. Around this time, he also set up a website where he could attract an online clientele.

This business was very successful for Josef, and it became his full-time profession. He says that he has always considered bodybuilding shows, but he gets a lot of satisfaction from his personal training.

Josef trains each main muscle group once a week, and abs and calves twice a week (depending on his muscle soreness.)

When he hits the gym, he likes to spend around one hour training. He doesn’t usually stick to a firm rep range; going heavy with low reps for 4-6 reps or light for 12-25 reps (depending on the exercise.)

He chooses this approach because, in his words, “muscle hypertrophy is caused by overload, weight is one form of overload, repetition is another form of overload.” He enjoys mixing it up and seeing the results in his physique.

Transforming himself from the skinniest boy in the school, to the most ripped personal trainer in the gym, Josef has achieved his goals. He has shown us the true power of dedication and ambition in a difficult sport.

He has since made a name for himself as an online personal trainer, and he hopes to help people transform their physiques, just like he did.

What is the best diet after your workout?

What is the best meal to consume after your workout? Now in regards to body composition, there is no best meal to consume it is you have to look at your diet from the overall picture. You know your diet from the moment you wake up you go to sleep. How much protein carbs and fat do you consume on a daily basis? This is what matters and this is what gives you the results in regards to muscle gain and fat loss. However after you have worked out you know you have had a big workout your depleted somewhat and your muscles are pretty much you know wanting to get that protein so post workout I usually advise to have a protein and a carb meal after you’ve trained so something like chicken and rice or tuna and rice fish and rice. My personal post workout meal is either way protein and oats or. chicken and rice from Nando’s so protein and carbs is my go to. But again you have to look at the diet from an overall picture and the meal timing is not as important as your overall macro nutrient intake. Third question how do you properly fuel for a very early morning workout 430 am carbs the night before the Question mark. If all is going to train at 4:30 a.m.

myself then yes the meal before I go to bed would be a big meal of protein and carbs to give me the energy to fuel that workout in the morning. I wouldn’t necessarily have a big meal right before I trained as you most likely for sluggish lethargic and won’t actually have the energy from that food then. So if you’re training really early in the morning have your pre-workout meal the night before you go to bed.

What would you do if you were not a personal trainer or in the fitness industry.

Youngsters are pretty simple. I would be doing what I love and enjoy. And what that would be. I actually do not know but it would most likely be skateboarding as I was into skateboarding before I found the gym. I was also into football soccer so maybe skateboarding or football and soccer is what I’d be doing if I wasn’t in the gym and wasn’t in the fitness industry. But regardless of what it is, I wouldn’t be doing it if I didn’t love and I didn’t enjoy it. I love and enjoy the gym. That’s what I’m passionate about.

What is your opinion on SARMs?

What’s your opinion on SARMs. I honestly don’t know enough about SARMs to have really solid information. I believe that are legal in most places still but I honestly think that pretty much is overhyped and another way for companies to create a product that they can sell.

What is the best way to bulk up

Best way to bulk up. Train hard critic stimulus for muscle growth keep protein intake high. At least one gram per pound of. Body weight and be in a calorie surplus more calories than you burn on day to day basis. Do those three things stay consistent and you will gain weight. 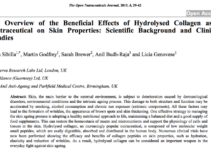 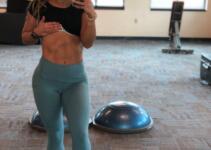 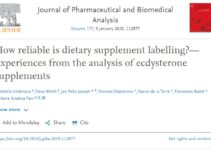 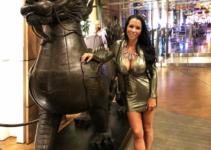