So Why Doesn’t Everyone Know This?

If you’re an athlete, a bodybuilder, or simply someone concerned with fitness, you know that protein is essential. It’s the building block of all of the body’s functions. And a protein supplement is a quick, easy way to make sure you get enough. An extra 25 grams once or twice a day will do the trick, right? Well, it turns out that specific proteins are superior, and some are inferior. Some are more easily digested. Some are absorbed quickly, and some are more “time-released.” It can become a science in itself how to optimally use protein and the understanding of the differences between whey, milk, egg, concentrate, isolate, and all the variables in between. But without getting too technical, let’s cut to the chase. Is anyone type of protein best at building muscle? And is there a superior protein that will provide “lean gains” where you build muscle while losing fat? The short answer is “yes.” But there are a few things you need to know.

Hydrolyzed protein has been around for a while but it isn’t until recently where it’s been filtered so that it is palatable. Back in the 70’s it came in a liquid form and was derived from animal collagen. (Tendons and ligaments). And it tasted every bit as foul as it sounds. Hardcore bodybuilders at the time swore that it worked great, but it eventually fell out of favor due to its repulsive taste and texture. It was equivalent to swallowing shellac! But today, they use a process that makes it into a powder and is much more practical.

Between all the protein used in supplements, it seems that Hydrolyzed protein has a unique set of advantages.

Whey protein undergoes the hydrolysis process by the addition of water into the substance to allow for the protein to be broken down for the purpose of allowing it to be metabolized much easier. This helps to break protein down into singular or smaller-chained amino acids for greater absorption in the small intestine by exposing the protein isolate to enzymes which in turn break the bonds holding the amino acids together. Got that? Look at it this way — the amino acids are essentially “pre-digested” meaning that they’re broken down into smaller pieces, shorter chains of di- and tri-peptides. This in turn, allows for more of what you ingest to do more of what you want it to do — get to work building muscle! It also lowers fat deposition within the muscle by allowing glucose to be more readily utilized. (As long as you’re exercising, of course).

Other Advantages of Hydrolyzed Protein

Studies have shown that Hydrolyzed protein has the unique ability to spare lean muscle while on a calorie-restricted diet. This makes it enormously beneficial for a weight loss or fat cutting program. A study published in the Journal of Science in Medicine and Sports found that subjects consuming hydrolyzed whey post-workout experienced superior recovery and performance after a high-intensity exercise in comparison with those consuming regular whey. In studies conducted on rats, it was found that hydrolyzed whey significantly increased the glycogen levels of skeletal muscles. The rats were forced to perform strenuous exercise and were then fed with hydrolyzed whey. Measurements were taken afterward to show how low the glycogen had been depleted. Measurements were taken again after administering the hydrolyzed protein found that it did indeed raise the glycogen levels in the muscles of the rats at a much higher rate compared to the control group. This is significant in regard to building lean muscle because it is the glycogen in the muscle that provides energy and endurance. And if the glucose is more efficiently utilized for energy, there is less of a chance for it to be stored as fat.

A study published in the Journal of Science in Medicine and Sports found that subjects consuming whey hydrolysate post-workout experienced better recovery and performance shortly after a muscle-damaging bout of exercise than those consuming whey isolate. The way it was conducted was by having subjects complete 100 eccentric-focused repetitions on the leg extension. The reason for emphasizing eccentric movement is that it induces significantly more muscle damage than typical concentric movements. Subjects in both the control and treatment group lost a significant amount of weight with a 500 calorie-reduced diet. Subjects taking Hydrolyzed whey lost significantly more body fat and showed greater preservation of lean muscle compared to subjects consuming the placebo.

So taking everything into consideration, if your goal is to build muscle tissue, hydrolyzed is superior to the typical whey concentrate supplement, which is the most commercial formula that most people use.

So Why Isn’t Everyone Using Hydrolyzed Protein?

Although hydrolyzed is the king of proteins in many ways, it does have a few drawbacks. For one thing, it typically costs a bit more. And to be perfectly fair, it does not blend as well with certain flavors as whey isolate. For example, in a chocolate shake, it’s fine, but in vanilla, which is blander, it can have a slightly bitter aftertaste. In that regard, Isolate, which has a slightly sweet milk flavor, works better.

What some people choose to do with Hydrolyzed protein is instead of making a big 16-ounce shake, they’ll make it a short shot. Put a scoop in just enough milk or water and ice to chug down a single gulp, and BAM! — you get 30 grams of highly absorbable muscle-building aminos and fat-burning peptides in two seconds. That’s the muscle-building protein of an 8-ounce steak in an instant. Actually, it’s better since it contains no fat, will help utilize stored carbs and is absorbed directly into the bloodstream with no stress on the digestive system.

So if you’re looking for a protein supplement that is more effective and you’re willing to make a few sacrifices to get the benefits, you may want to give hydrolyzed protein a go. Try replacing your regular protein for one month and see if it makes a difference.

To a lot of people, those differences are more than worth it. 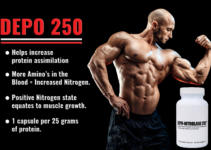 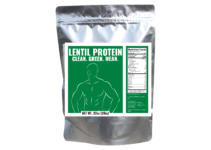