As much as the supplement industry would like to you to believe that they actually MAKE their supplements,  have labs, research scientists, microscopes, conduct tests and studies, and even call themselves LABS and Pharma, it is all bullshit and lies.  All meant to make themselves look legit.  This story is about 2 guys and 3 babes that introduced to the world one of the greatest protein powders in existence.  It is the true story of how a great supplement comes to market.

Like I said the higher quality protein you get the higher your chances are for growing muscle.  That is my goal at Proteinfactory.com.  To provide my customers with the highest quality protein I can get my hands on.  Some of my elite proteins are

These are world class proteins.  Peptopro is one of my favorites.  Why?  Because to date it is the FASTEST digesting protein powder LEGALLY available on the market today.   That is a FACT.  Why?  Because it has the lowest MW of any protein powder LEGALLY  sold today.  The smaller the peptides and MW, the faster & quicker the absorption.  Notice I keep saying LEGALLY.  Well quickly, about alot of  years ago I sold a product called Silk protein.  It came from Korea and had a MW average of around 200 daltons.  Slightly lower than Peptopro.  But I had to discontinue it or I would be selling an illegal ingredient according the the FDA laws.  This Silk protein is actually an insect protein, so yea the FDA would surely have a field day on my ass if I we’re to sell it.

No worries!  We have Peptopro, the world’s fastest digesting protein.   The company that makes Peptopro is DSM.  About 10 years ago a guy by the name of Reto from Switzerland approached me from DSM with this new protein powder that they came out with called Peptopro!  Of course I had to get my hands on it and begin selling it to my customers.  But it was a hard sell because it was so expensive and tasted so bad.  So Reto and I embarked on our journey to promote Peptopro. The first thing we decided was that it would be a good idea to go to the Olympia in Vegas and get ourselves a booth and get the brand more exposure.  I couldnt afford to pay 20 models to parade around my booth, nor could I afford about $20,000 for just the space, so I had to convince DSM to pay for everything and then I had to drum up a crew to work the booth in Vegas.  So I put together 3 girls.  Bobbi Billard, Brian Michel, and my employee.  So it was me, Reto, Bobbi Billard, Briana Michel, and one of my employees. From Left to Right:  Reto, Bobbi, Briana, & my employee (I can’t remember her name..lmao)

Reto was a funny guy, he was Swiss so it was like culture shock for him.  Bobbi Billard at that time was huge on the net.  She had the most FRIENDS on myspace.  Briana Michel was a customer of mine and she wanted to start her own supplement company selling Peptopro so she came out as well.  Then I just brought with me one of my employees.  She was just fun to have out in Vegas and she had a decent body.

Therefore these four people and myself were the first people to actually bring to MARKET Peptopro.  Reto and I were really the only ones that knew about Peptopro and the girls were there to attract people walking by our booth.  And while Reto and I were trying to convince people how awesome Peptopro was over whey protein concentrate the girls were more interested in having fun.  Here my employee thought it would be funny to get a pic with these topless chicks and Briana I think was like WTF. 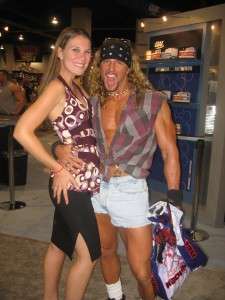 This was funny too After the Expo we all got together at some hotel in Vegas to marvel in our success or failure..not quite sure. Needless to say my employee and I found ourselves in the Coyote Ugly Bar….good times. (she’s in the white shorts) 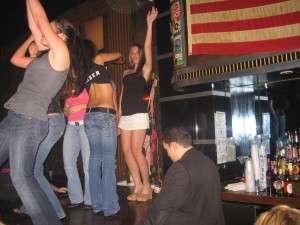 After the Olympia in Vegas Peptopro started to grow and sales increased.  More and more people that used it knew that it was one powerful protein.  I taught people how to use Peptopro so they could tolerate the taste.  Fast forward about 10 years and Peptopro is still one of my best selling proteins.  You cannot say that about a lot of other protein powders today.  Many are just fads that come and go.  Peptopro is not a fad protein and still today remains the fastest digesting protein powder on the planet. 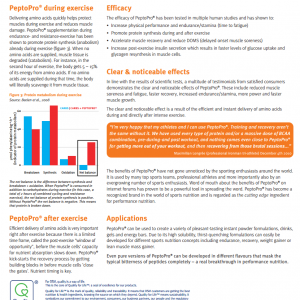 To this day no other supplement company puts out so much information about their protein powder.  Peptopro is really a fine product.  Usually I tell my customers, if you are looking for a true protein supplement,  meaning a food protein that you cannot find in your grocery store like egg whites…get Peptopro, you just cannot go wrong with it.  It is a TRUE supplement.

We just came out with grape flavored Peptopro.  It really is good.  If you have not yet tried Peptopro I suggest that you do.  Use it pre and or post workout.  Instead of using these worthless pre workouts with all this garbage, use a supplement that will at least give you peptides that are actually proven to build muscle.  Not this caffeine laced junk.

In conclusion this HISTORY of Peptopro gives you an idea of what really happens in the supplement industry.  Not fake lab coats and professional athletes being paid to say they use products.  As you can see, myself, Reto, a girl with massive boobs, a jacked girl, and a crazy employee were responsible for bringing one of the worlds highest quality protein powders to the market before anyone else.  Sorry no fake lab coats, pharma, microscopes, or other lies and fakeness.  Just the truth.

On a side note I haven’t talked to Reto in years but I’d love to catch up on the good times we had, my employee is long gone, Bobbi Billard you can still find, and Briana is still well involved in the health business. 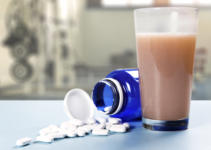 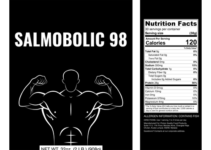