This article will attempt to recreate a legendary bodybuilding powder called Ultimate Orange formulated by supplement guru Dan Duchaine. For those of you that did not bodybuild in the 1990s, first off, I feel sorry for you. LOL. Secondly, Ultimate Orange was the ORIGINAL pre-workout formula. BEFORE Jack3d!! (side note: do NOT be fooled by the rip-off versions being sold today…they are garbage!!)

Ultimate Orange never used the words “pre-workout” in its marketing. It was merely something that you just drank before you worked out. After a week or so of using it, most people saw results.

I theorize the success of the product was due to a few reasons.

The first reason is the stimulants in the product.

It contained a combination of caffeine and ephedra coming from herbs.  Studies have proved that stimulants like these increase one’s strength. I do not know the amount of caffeine or ephedra in Ultimate Orange, but we can guess it contained anywhere from 100mg to 400mg. If you have read my blog posts in the past, you’ll know that I am not a fan of stimulants pre-training. However, combining stimulants with carbohydrates, protein, and other ingredients might just be enough to fight off the catabolic effect of these ingredients, which the common pre-workout supplements today do not contain.

I love the brilliance of Dan Duchaine here. Being from the “old school” era of bodybuilding, could he of know that raw honey was one of the perfect carbohydrate sources for bodybuilders? Was he trying to recreate the carb layout in honey and put it into Ultimate Orange? I believe so! Duchaine also knew that carbs are needed for energy, along with spiking the body’s insulin level to create an anabolic effect.

After the protein, Duchaine put in a multi vitamin and mineral blend. I believe he did this mainly for the electrolytes, which the body needs for post-workout recovery.

The only thing we will never know is how much of each ingredient was used.

So I looked at this formula and decided to recreate it. But better, of course. It is the year 2021, and I have been at this for 20 years. If I cannot create a better version of Ultamine Orange, I should quit!

Ingredients in the original Ultimate Orange 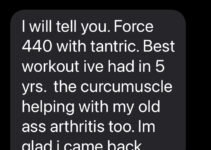 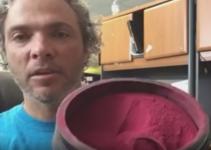