“I can’t seem to gain weight!”

It is such a commonly used phrase that if I had a dollar for everything I heard it, I would’ve become a millionaire. Unfortunately, all I got was frustration. Frustrated simply because at the heart of this “hardgainer” issue, is a painfully simple solution. Eat more! But, if it was so easy, why is it that people constantly run into mass-gain problems? In this article, I will be exploring some bases for the hardgainer problem and propose some solutions.

You are eating too little.

Duh, captain obvious. While this is obvious now, it is a difficult proposition to accept. Eating actually takes effort. Remember, now that you’re no longer lounging on the couch all day, you need to be eating more not only to replenish, but also to build. This means food, and lots of it. For those unacquainted to frequent meals or large meals, this is a serious barrier.

Often, people do not track their calorie intakes. Most individuals who claim that they “eat a lot” actually do not, once they’ve attempted to verify their claim with the objective methods of calorie counting. There are many explanations for this, such as forgetting hunger when preoccupied, inconsistent eating habits, inconsistent food choices. But at the end of the day, fullness tends to not be a good measure of calorie intake for most persons, be it while bulking up or cutting down.

Solution: track your calories. Use a calorie tracking app like MyFitnessPal, and be conscientious about it. Yes, it means that eating out at your favourite take out might not be possible. Or is it? Fortunately, it is. I tend to get takeaways for my favourite foods so that I can bring it home, weigh its components, and decide on a rough calorie measurement.

This is obviously a method with limited application, as it would not work well with, for example, pastries which are essentially flour and butter mixed together in a proportion dependent on the recipe. My take is to do the research and find out which places offer a calorie count of their foods, and favour those as a substitute where possible.

You are training too much.

On a related note, some persons may be training too much. In terms of volume, frequency, exercise selection, whatever. The point being that the whole stimulate-recover-adapt cycle is being cut short due to a shortfall in recovery. If you don’t adapt, you don’t gain any lean mass.

This is generally compounded by the lack of objective measurement in terms of food intake. A car can only run as far as its fuel allows. Unfortunately, humans aren’t cars and even when food intake is lower than needed we are nevertheless capable of functioning.

It has also been suggested that overtraining can blunt the appetite and insulin sensitivity, both of which are absolutely essential to building lean mass.

Solution: scale back on training volume. Less is sometimes more. Remember, you are training, which means performing the exercises with a goal in mind. Stimulating the muscle is the name of the game, not annihilating it. To begin fixing your situation, start with a week off. Take a week of training. Yes, you heard it. This is essential to dissipate any accumulated fatigue, so that when you begin Week 1, you are able to get a good idea of what’s the baseline training volume/intensity you need for progress.

With the advent of the internet and social media, everyone is now at 6% bodyfat. Scrolling through Facebook or Instagram and seeking the shredded physiques of others will no doubt leave one envious. However, this also creates the unrealistic expectation that every person can be BOTH huge and shredded at one time. In response to this, people have sought to uncover what is known to be the “holy grail” of bodybuilding – the way to simultaneously gain mass and lose fat. Recognizing the irreconcilable goals of bulking and cutting, which require conflicting calorie surpluses and calorie deficits, people have sought to break these traditionally long cycles into shorter ones.

Enter: diet ADHD, where candidates embark on 2 week bulking and cutting cycles. This is unsound, for the simple reason that actual muscle tissue takes time to be built. Even assuming otherwise, 2 weeks is entirely insignificant in a lifter’s life, in the bigger scheme of things. Faced with visually insignificant results, candidates eventually go on more extreme diets in hopes of getting more significant results. Unfortunately, this often ends up in failure.

Solution: realize that for every 1 person you see shredded to the bone, there are many thousands that are not. While gym culture has become very prevalent, it is not a norm for people to be jacked and shredded. Have realistic expectations for yourself. You need to also be aware that such persons may have deliberately posed for the picture, got a pump, got a fake tan, digitally altered the pictures, or have simply been using PEDs.

More importantly, understand that this journey is your own, and belongs to you. It does no service to you to compare to others, as every person walks a different path. Set a goal for yourself, and block out the noise. Jesse Norris, a world record powerlifter, is one such example. He stated in an interview that he never had an idea of what other people were doing because he trained at home and kept to himself generally. He set his goals and he pursued them without any undue external influence. You can’t argue with the results.

This came up because I personally had this problem in the earlier years of my lifting career. As a former fat boy, I’ve become so terrified of fat gain to the extent that any negative visual changes will invariably cause me to go into a cutting cycle. But this is really just your eyes playing tricks on you – there are many reasons for a person to look “fatter”, such as water retention, lighting and posing. The spectre of fat gain can truly be a difficult obstacle to overcome for persons like myself

Solution: wear a tshirt. I’m dead serious. While I typically enjoy the tank top look, it can also make me more self-conscious which impedes my bulking goals. I learned this from watching Kai Greene’s videos, where he explained that he kept the hoodie on most of the time because he wanted to focus on his goals, rather than focus on what he was seeing in the mirror. 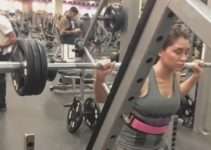 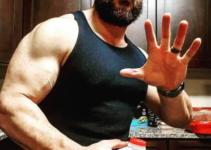